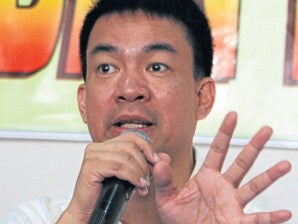 “I unequivocally support Secretary De Lima, for she prevented Arroyo from leaving for abroad and escaping prosecution. She should be commended instead of reproached for upholding justice and the rule of law,” Pimentel said.

It was Pimentel who actually instigated the electoral sabotage raps against Arroyo after he protested his election loss in 2007. Witnesses came forward to accuse the former president and others of allegedly ordering the cheating.

Sereno argued that the November 15 TRO remained ineffective because the Arroyo couple had failed to comply with Condition No. 2—“petitioners shall appoint a legal representative common to both of them who will receive subpoena, orders and other legal processes on their behalf during their absence.”

Pimentel said, “With all due respect to the Supreme Court, I believe it should desist from citing Secretary De Lima for contempt for allegedly ignoring the TRO they issued against the enforcement of the watch list order on Arroyo.”

The senator said that “to have allowed Arroyo to  leave for abroad would have been tantamount to abdicating Secretary De Lima’s duty to uphold the rule of law.”

Pimentel also praised Associate Justice Antonio Carpio who also expressed a dissenting opinion. Carpio emphasized that “while the right to travel is a constitutional right that may be impaired only  as may be provided by law, there are recognized exceptions. Foremost is the restriction on the right to travel of persons charged with crimes before the courts.”