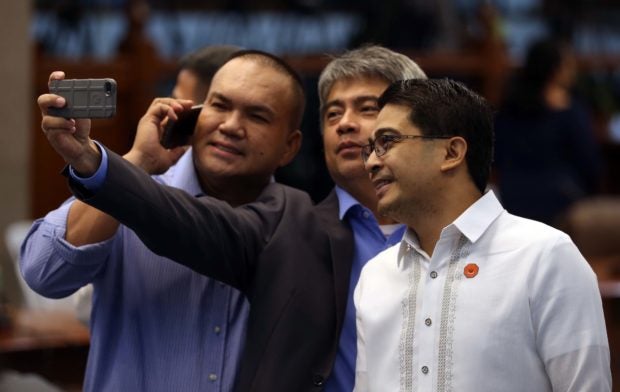 Sen. Richard Gordon said on Tuesday that the Senate blue ribbon committee would open an inquiry if the Department of Justice (DOJ) review of the dismissal of charges against drug kingpins ends in the tossing of the case.

Gordon spoke to reporters after he told Senior Assistant State Prosecutor Rassendell Rex Gingoyon that his DOJ panel’s dismissal of the charges may be taken up by the blue ribbon committee.

He said he asked Gingoyon if the dismissal was final and was told that it had been ordered reviewed by Justice Secretary Vitaliano Aguirre II.

“If they will not be able to explain and they will dismiss the cases, I will call for an investigation,” said Gordon, chair of the blue ribbon committee.

He said Aguirre’s defense that he was unaware of the decision by the DOJ panel was a “lame excuse.”

Gingoyon said the members of the panel only based it on the evidence presented to them.

“The DOJ cannot go out of its way to look for evidence for the complainant,” Gingoyon said. “Our job is to study the evidence presented … We (prosecutors) are only as good as our evidence.”

An opposition group said on Tuesday that the dismissal of the charges proved that President Duterte’s war on drugs is “fake.”

“This is a fake war on drugs. There is only a war against the poor,” #TindigPilipinas said in a statement.

The group said those who “earnestly believed” Mr. Duterte’s promise that he would solve the country’s drug problem had been fooled and betrayed by the President.

It wondered why Mr. Duterte’s response to the dismissal of the charges was “muted.”

“Other than an alleged punch on a wall, where was the bloody outcry? Where was the ‘let there be blood’ dictum he gives to wipe out the poor users and dealers?” it said. —With a report from Nikko Dizon