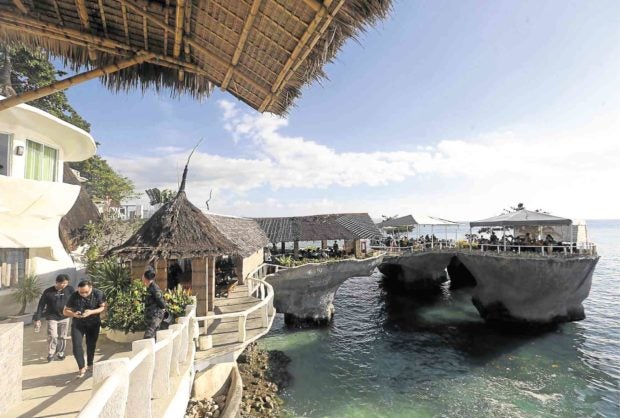 Boracay West Cove resort is among establishments hit by the government crackdown on environmental violators on Boracay Island. —LYN RILLON

People planning a vacation to Boracay Island during the coming Labor Day holiday should wait for the announcement of the government task force that has been conducting a cleanup of the world-famous resort island.

At a press conference in Intramuros, Manila, on Thursday, Tourism Secretary Wanda Teo said she would be meeting with the other members of the task force and that it would be its head, Environment Secretary Roy Cimatu, who would make the announcement in Boracay.

The government is planning to place the island, famous for its powdery white sand, under a state of calamity because of water pollution and environmental violations by resort establishments.

“Let us just wait for the announcement. The three secretaries [comprising the task force] will release a statement soon. We will meet this afternoon,” Teo said in reply to a question on whether the Department of Tourism (DOT) would be encouraging people to make the trip to Boracay.

Teo earlier said a 60-day moratorium on the operation of establishments in Boracay, if implemented, might take place during the monsoon season, when there are fewer visitors.

According to DOT regional office data, more than 70,000 tourists visited the island from April 25 to May 1 last year.  More than 70 percent, or about 52,000, of the visitors were Filipinos or domestic tourists.

Teo urged the so-called “sun, surf and sand” tourists to also try out alternative destinations in the country, such as Samal Island in Davao del Norte, Siargao Island in Surigao del Norte, the island provinces of Camiguin, Bohol and Cebu, as well as El Nido and Coron in Palawan.