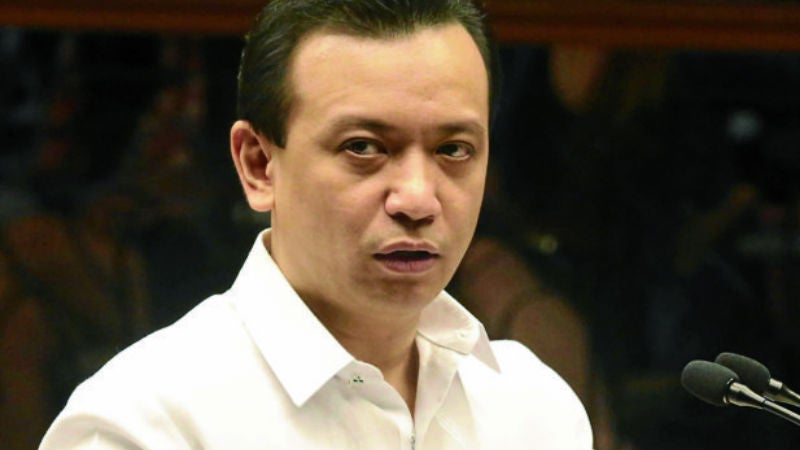 Senator Antonio Trillanes IV shrugged off on Thursday a Pasay City court’s decision to approve the filing of inciting to sedition case against him.

(I’m not like Duterte who’s afraid to face cases; I’ll face this case.)

The Rome Statute is the treaty that established the International Criminal Court where Duterte has been charged with crimes against humanity over his administration’s deadly war on drugs.

(It’s clear that this is case is warped and it’s based on my privilege speech in the Senate which besides having constitutionally guaranteed immunity from suit, I’m also not inciting anyone to do anything.)

(If the purpose of this is to scare me to back away from criticizing Duterte, well, like I said before, the more I’m energized to stand against what’s wrong and evil.)

The case stemmed from Trillanes’ “kill” remark against Duterte in a privilege speech he delivered in the Senate in October last year.

(If the soldiers can see this, they will use M-60 because this is a lot. The magazines will be emptied out, if you’re looking for the P40 million.) /je