Faeldon early for first day of work at OCD 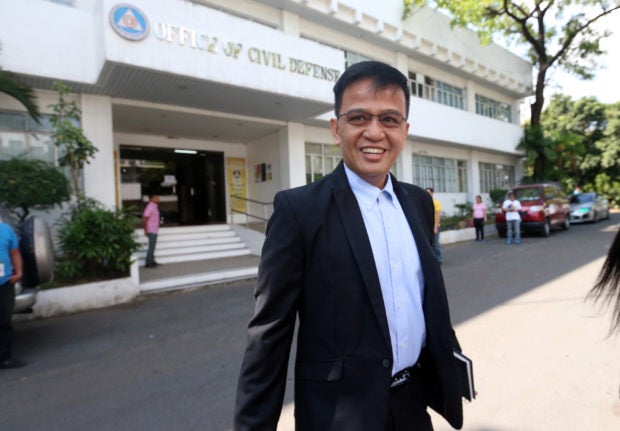 Nicanor Faeldon reported for work on Tuesday as deputy administrator for operations of the Office of Civil Defense (OCD) a day after his release from the Pasay City jail where he was detained for nearly eight months for contempt of the Senate.

Faeldon was at the OCD around 8 a.m. for a meeting of the Task Force Bangon Marawi, according to Romina Marasigan, OCD spokesperson.

It was considered as Faeldon’s first day at work, Marasigan said. —Nikko Dizon