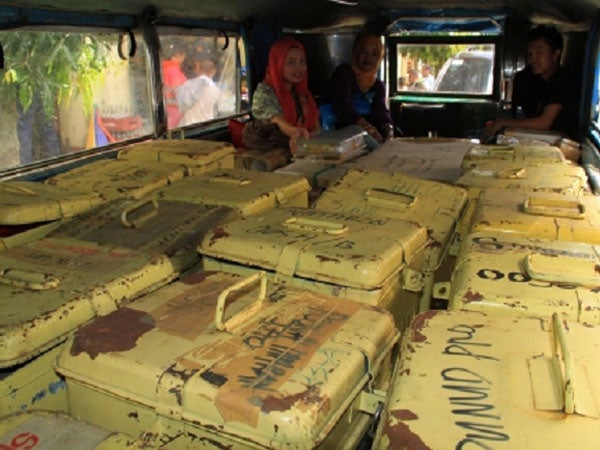 At least 10 resource persons, including former Senate President Aquilino “Nene” Pimentel Jr., who were present in Tuesday’s Senate hearing on Charter change rejected a no-election (no-el) scenario in the course of amending or revising the 1987 Constitution.

“I do not support any move to defer the election set for May 2019,” Pimentel said in his position paper submitted to the Senate committee on constitutional amendments headed by Senator Francis Pangilinan.

“Elections are an indispensable way by which the people in a democratic regime call to account the officials they elect to public office,” he said.

Pimentel, who is part of the 25-member consultative committee tasked by President Rodrigo Duterte to review the 1987 Constitution, warned that the principal effect of a no-el scenario would be to “upset the constitutional mandate that requires elective officials to be subjected to periodic check up by the sovereign people.”

“A no-election scenario would unduly prolong the exercise of powers and privileges even of undeserving elective officials and deprive those who may be more deserving of elective public offices from having the opportunity to seek the mandate of the people to serve them,” he said.

Lawyer Domingo Cayosa, incoming president of the Integrated Bar of the Philippines, believes that canceling the elections was self-serving.

“We agree with many that a scenario of no-election is not at all helpful in improving the climate within which Charter change is being considered,” Cayosa said.

A no-el scenario, he said, “puts the political agenda and self-interest of politicians above and before the more fundamental and important interest of present and future Filipinos.”

Professor Gene Lacza Pilapil of the UP Political Science Department, meanwhile, said that this “power grab” would be “damaging to the democracy” since the people would be deprived of their right to vote for at least one legislative term.

“It is injurious to the Charter change campaign itself because it would be exposed as primarily a power grab of self-interested, shameless, and power-hungry legislators who exploit Charter change both as a smokescreen and as an excuse to extend themselves in power,” Pilapil said.

Other resource persons who said scheduled elections should push through were former Senator Joey Lina; Assistant Secretary Ricojudge Echiverri of the Department of the Interior and Local Government; Dr. Francisco A. Magno, director of the De La Salle University-Institute of Governance; Eric Jude O. Alvia, secretary-general of the National Citizens’ Movement for Free Elections (Namfrel); Albert Rodriguez, of the legal department of the Commission on Elections (Comelec); and Isaac Saguit, national secretary-general of the Student Councils Alliance of the Philippines (SCAP).

The absence of support for a no-el scenario, Pangilinan said, underscored the importance of elections as a “key element of democracy.