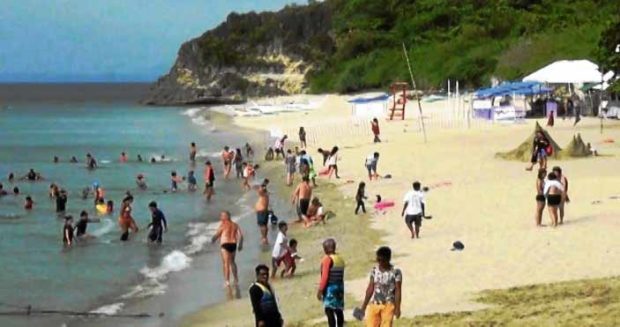 CITY OF CALAPAN—The Department of Environment and Natural Resources (DENR) will start inspecting on Monday close to 500 resorts and hotels in Puerto Galera, Oriental Mindoro.

The beach and diving town was the government’s next target in the Mimaropa (Mindoro, Marinduque, Romblon, Palawan) region in a sweep of establishments that violate environmental laws, like the Clean Water Act and a requirement for structures to be at least 3 meters away from the sea.

Natividad Bernardino, head of the DENR Mimaropa office, said the 40-member Task Force Puerto Galera would start the inspection at Sabang Bay where waters had been tested positive for high coliform contamination due to animal and human feces.

At least 165 hotels and lodges, 114 restaurants and eight other establishments would be checked, she said.

In a phone interview on Sunday, Bernardino said she hoped owners of establishments found violating laws would offer “no resistance” to the campaign.

The sweep of Puerto Galera came after President Duterte last month tagged Boracay as a cesspool because of brazen
violations by establishments there of environmental laws that included dumping sewage directly into the sea.

Bernardino, who met with establishment owners in Puerto Galera at a forum on Friday, said the business owners were “asking for a reprieve.”

She said the business owners volunteered to demolish their illegal structures by July “or during the lean months.”
“We are considering that,” Bernardino said.

An ocular inspection by the DENR showed that most establishments there lacked access to sewage facilities and drained their wastewater directly into the bay. Others lacked environmental compliance certificates.

In Boracay, a task force would present on Thursday a plan to bring order to development in the world-famous resort island.

The plan calls for decongesting the 1,032-hectare island which last year drew more than 2 million tourists. —WITH A REPORT FROM NESTOR P. BURGOS JR.