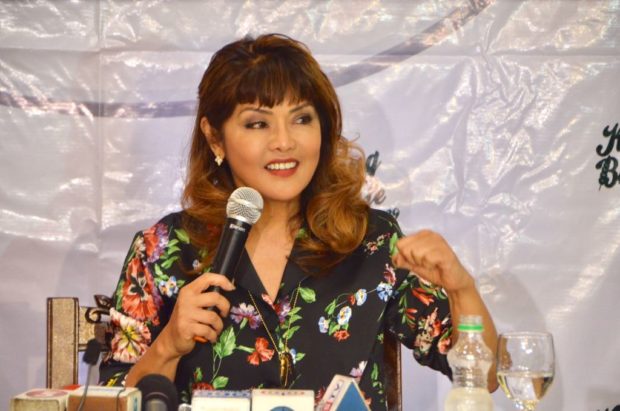 ZAMBOANGA CITY — Ilocos Norte Gov. Imee Marcos on Saturday expressed confidence she has the support of the so-called Solid North and Ilocano-speaking voters for her senatorial ambition.

The 62-year-old Imee, whose real name is Maria Imelda Josefa Marcos, was here for the wedding of President Rodrigo Duterte’s police aide, Sofia Loren Deliu, to a member of a prominent Tausug clan.

“In Ilocandia, it’s entirely predictable because we are always together and we are one family in what was used to be a Solid North,” Imee said when asked to assess her chances of winning a Senate seat.

The Solid North, made up of the Ilocos and Cagayan Valley regions and Cordillera Autonomous Region, has a total voting population of more than 5.66 million based on 2013 data from the Commission on Elections.

Although she was not categorical about it, Imee, now on her last term as governor, also dropped hints she was courting votes from Mindanao.

She said “it’s quite interesting how the north and south are more similar than we think.”

Her Senate bid, said Imee, was a family decision.

She said her brother, Ferdinand Jr. or Bongbong, couldn’t run for senator because he wouldn’t drop his bid to wrest the vice presidency from Leni Robredo so she would run instead. —Julie Alipala