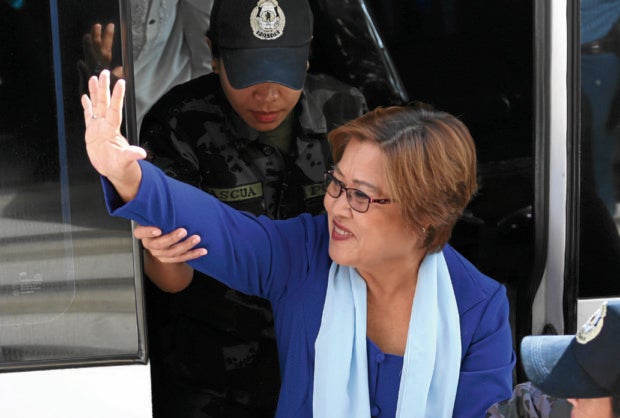 De Lima’s camp said that based on the ultrasound conducted by the physician at the Philippine National Police (PNP) General Hospital, there was a lump in the senator’s liver, and that a CT scan examination was needed as soon as possible.

“Wherefore, premises considered and finding the very urgent motion for medical furlough to be meritorious, the same is hereby granted one day medical furlough,” the court order read.

“(This is) to forestall any possibility of escape of said accused (De Lima) and to immediately bring her back to jail for detention,” the order stated.

Supt. Tamayo was also ordered to submit to the court a report of compliance within five days after De Lima’s CT scan examination.

A source told INQUIRER.net that De Lima was scheduled to have a check-up for her liver at the Philippine Heart Center on Monday. All expenses would be shouldered by the senator personally, the source said.

De Lima was detained at the PNP Custodial Center pending her trial for illegal drug charges in three different branches of the Muntinlupa RTC over her alleged involvement in the New Bilibid Prison (NBP) drug trade.

The senator denied the charges hurled against her by the government, saying that she was only being politically persecuted for her stance against alleged extrajudicial killings under the Duterte administration. /jpv