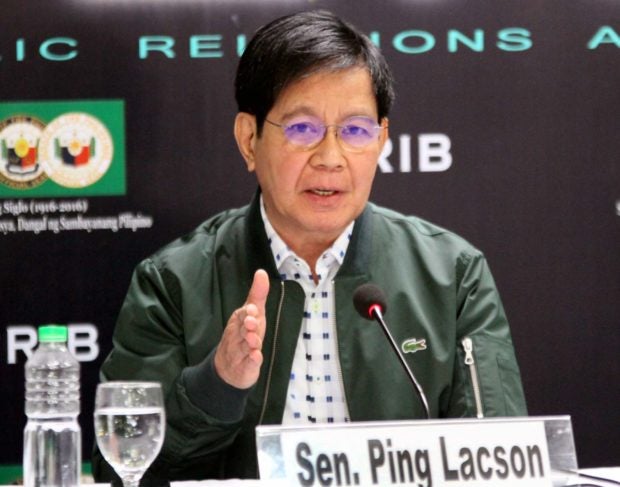 Sen. Panfilo Lacson on Friday found wanting the criminal charges filed by the Department of Justice (DOJ) against 10 members of the Aegis Juris fraternity over the fatal hazing of University of Santo Tomas (UST) law freshman Horacio “Atio” Castillo III.

Lacson said the DOJ panel might have overlooked or disregarded the cover-up angle, committed by other fraternity members excluded from the indictment, based on the evidence presented during the Senate inquiry into Castillo’s hazing death.

“The pieces of evidence like the authenticated contents of the group chat participated in by clearly identified members and officers [of the fraternity], the video footages and other documents should have been enough for the DOJ to find probable cause to also charge them for being accessories after the fact at the very least,” he said.

During the Senate hearing in October last year, police investigators said certain fraternity members had attempted to cover up Castillo’s hazing death as shown in threaded conversations on Facebook following the law student’s death. The conversations were presented during the Senate inquiry.

The charges against 10 other members, including UST Faculty of Civil Law Dean Nilo Divina, were dismissed for insufficiency of evidence.

For his part, Sen. Juan Miguel Zubiri welcomed the DOJ move, saying its action was one of the recommendations included in the committee report that senators filed following the Senate public hearing on Castillo’s death.

“We have done our part in passing as well a stricter antihazing law and so we thank the DOJ for acting on this matter, as we all continue to hope for justice to finally be served to the family of Atio,” Zubiri said.

He also urged all parties involved to fully cooperate and to finally tell all, in order to clear their conscience and help in the swift resolution of the case.