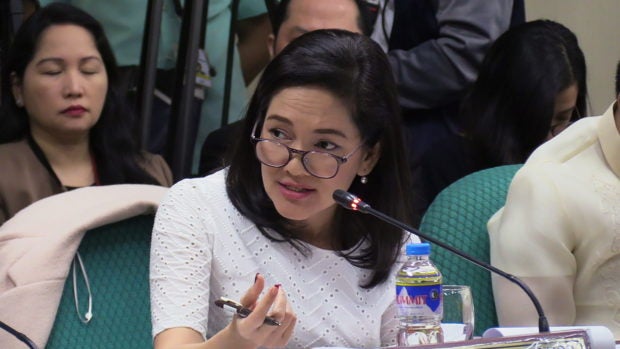 “In Manila alone, according to police reports, there are two women who get harassed every day,” Hontiveros said in a statement.

“So in a week, the number of women who get harassed and abused is 14. If we multiply that number to months and even an entire year, we will arrive at a very alarming and nightmarish statistic,” she pointed out.

Based on the data from the Manila Police District (MPD), Hontiveros said the forms of harassment reported include acts of lasciviousness, sexual harassment, rape and violence against women. Most of the incidents, she said, happened after office hours and during unholy hours.

The reported cases, however, did not include other forms of gender-based harassment and abuse that currently do not fall under existing laws, the senator noted.

“To be fair, I believe that our police force is doing its best to protect our women. But because there is no existing national policy that identifies other forms of gender-based street harassment and will aid our authorities in preventing such abuses, the number can actually be higher,” she said.

Hontiveros has been pushing for the passage of Senate Bill No. 1326 or the Safe Streets and Public Spaces Act of 2017, which is scheduled for interpellation this Tuesday, two days before the country observes the International Women’s Day.

The measure seeks to prohibit and penalize gender-based harassment in public spaces such as catcalling, wolf-whistling, cursing, leering, groping, persistent request for name and contact details and the use of words tending to ridicule on the basis of actual or perceived sex, gender expression, or sexual orientation and identity, including sexist, homophobic and transphobic slurs.

The senator believes that President Rodrigo Duterte’s “anti-women” remarks have also contributed in the culture of sexism, gender discrimination and even violence against women.

She said her office has monitored 23 instances where the President made remarks against women. This includes, she said, Duterte’s threat to show Senator Leila De Lima’s fake sex video, his statement reducing Vice President Leni Robredo to “a pair of nice knees”, his rape joke in front of the military, and his recent order to soldiers to shoot female rebels in the vagina.

“Based on our monitoring, President Duterte is averaging one sexist remark a month. This is unacceptable,” Hontiveros said.

“His words normalize and reinforce the climate of sexism and misogyny in the country. Similar to how the President’s words inspired and encouraged the wave of killings in the country, his anti-women statements have propelled unprecedented attacks against women,” the senator added.

However, data from the Philippine Statistics Authority (PSA) show that violence against women (VAW) declined after Duterte assumed power in 2016.

While reported rape and acts of lasciviousness cases rose 6.5 and 6.7 percent respectively, all other cases of VAW went down.