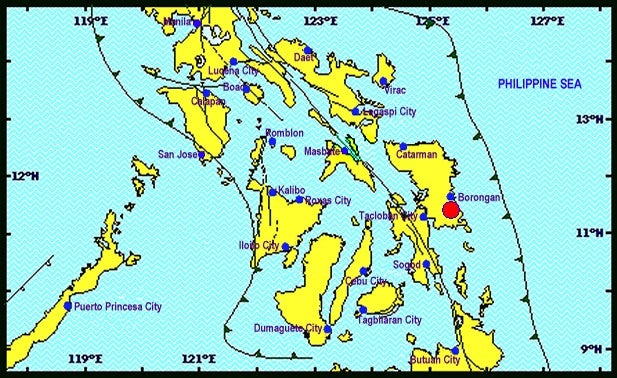 A Phivolcs report showed that at 9:05 a.m., the quake hit West of Llorente, which experienced Intensity 4 tremor.

Phivolcs, however, noted that no damage and aftershocks could be expected from the earthquake, which was of tectonic origin and had a depth of 30 kilometers.   Faye Orellana, INQUIRER.net                        /kga