Safari adventure on a mountain 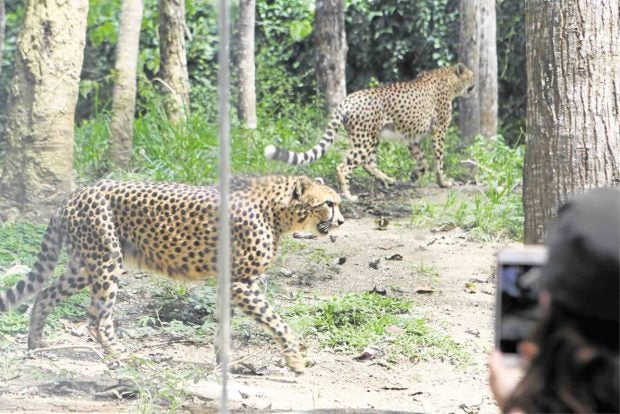 CARMEN, Cebu — It started with a collection of flowers and orchids on a mountaintop property in this third-class municipality.

The animals and the orchids are now the stars of Cebu Safari & Adventure Park in Barangay Corte, Carmen town, 41 kilometers north of Cebu City and 8 km from the main road.

Considered the biggest zoological park in the country and one of the biggest in Asia, the facility spreads over 170 hectares, an area barely a fraction of the 2,000-ha property of businessman Michel Lhuillier.

The animals are not kept in cages but prowl in open spaces to simulate their natural habitat. When they get stressed, they stay in holding areas, where they are fed or checked by veterinarians. 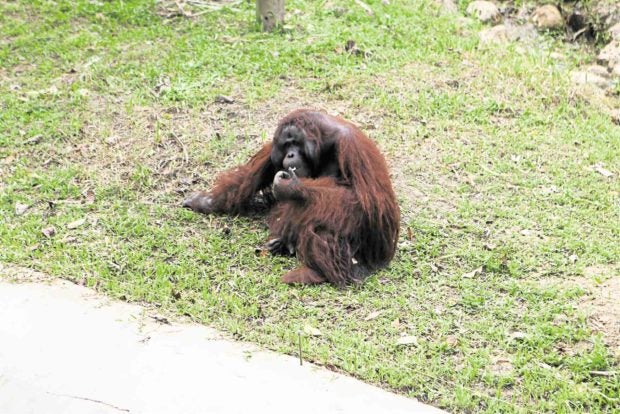 The businessman had wanted to become a farmer, but his father discouraged him, claiming that there was no money in farming, Loop said.

Though he followed his father’s wishes and put up M Lhuillier Group of Companies, a leading player in the pawnshop and remittance businesses, Lhuillier’s love for nature had remained.

In the 1980s, he bought the property in Carmen and started planting gmelina and mahogany trees around it.

“He enjoyed nature. He liked to walk a lot. He enjoyed the view in Carmen because it was up in the mountains,” Loop recalled.

Then Lhuillier brought in orchids and planted “mayanas.” Later, he started collecting horses. 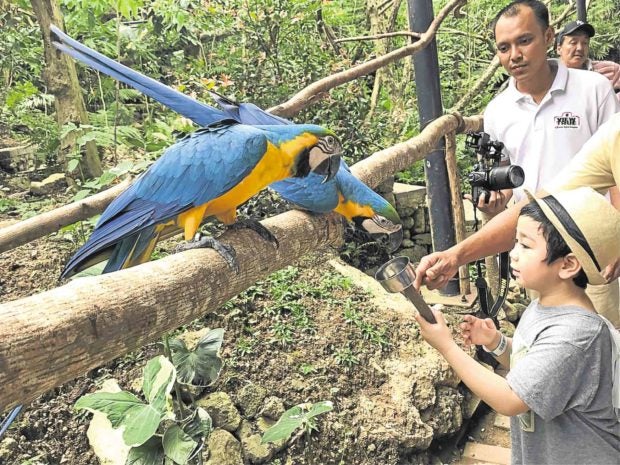 Over the years, his collection of animals has grown to close to a thousand, and his blooming orchids, about 1 million.

It was then that Lhuillier started toying with the idea of opening a safari so Cebuanos could also enjoy his collection. “He (Lhuillier) decided that the people deserved to see his collections,” Loop told the Inquirer.

The makings of a zoo

Opening a safari in an interior mountain village was also an opportunity to put Carmen on the tourism map, he said.

Loop flew to Singapore to talk to people involved in running a zoo there. The mountainous terrain was a challenge since the animals were zoned according to the continent they came from.

After 10 years, the safari finally had a soft opening in December. Guests were limited to M Lhuillier employees but later expanded to outsiders but on reservation basis.

When it officially opens in April, it can take in 3,000 guests per day, six days a week. On the seventh day, maintenance work is done.

Loop said the amount of the entrance fee was still being studied, but definitely, he added, it would not go far from the P800 promo price. “We are trying to balance between sustaining the operation and “dili bug-at” (affordability),” he said.

Guests who had been there were all in awe with what they saw.

“I like the zebras. They are my favorite,” said 4-year-old Ibiza, who went to the safari on Feb. 24 with her parents and two brothers.

Crowd favorite is the African Savanna tour, where visitors tour the enclosed area on a truck to watch from a distance the zebras, wildebeests, waterbucks and other animals grazing. 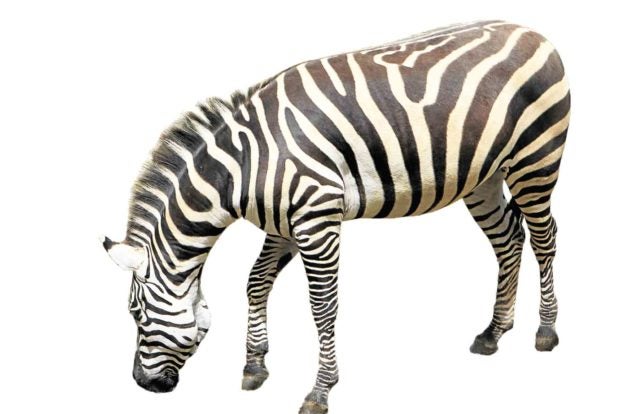 A zebra inside the African Savanna

A family of orangutans stays in Orangutown—Gibo and Lucy, and their 4-year-old son Dante.

At the Macaw Aviary, children shrieked in delight as they feed 12 blue and gold macaws and nine green winged macaws with seeds from cups.

The 10-meter-high Aviary Dome houses 115 parrots, pigeons and lories belonging to 11 species. The birds freely fly or perch on “mansanita” and “madre de cacao” trees and bamboo grasses inside the structure.

The favorite selfie spot remains Michels’ Garden, where the blooming orchids and rows of “mayanas” in red, yellow and peach are found.

Still closed to the public are the exhibit areas for lions and camels.

Flamingos, American black bears, mountain lions and black panthers would soon be arriving, Loop said. “We get them (animals) at a young age and allow them to adapt and grow here,” he said.

Set to open this year are an obstacle course, a 1.3-km zipline ride, a 25-meter swing and a bicycle zipline.

Five log cabins with two bedrooms each and five others with three bedrooms each will also be built. In 2020, a 60-room hotel and a camping ground will be set up.

Two swimming pools for kids and adults are also being planned near the old rest house of Lhuillier, which will be renovated to have locker and shower rooms, as well as function rooms for private parties and other amenities. 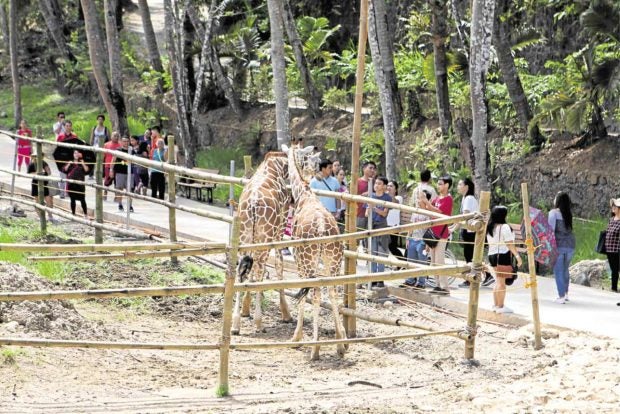 Giraffes bask in the attention of guests and photographers

There is a rest house in the businessman’s “other property,” about 4 km up the mountain, which is still part of the 2,000-ha that also includes a ranch for his horses and 300 heads of Brahman cattle.

Though these structures are still on the drawing board, the safari alone has certainly placed Carmen on the tourism map.