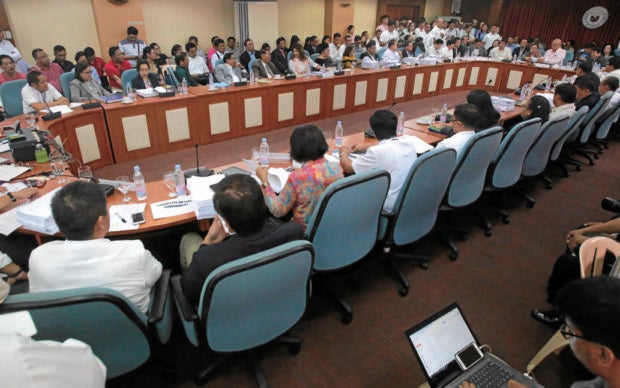 Contrary to the claim of Ilocos Norte Gov. Imee Marcos, a group of tobacco farmers on Thursday said they did not benefit from the proceeds of the tobacco excise tax.

Antonio Pugyao, secretary general of Alyansa dagiti Mannalon ti Ilocos Norte, disputed Marcos’ statement during the House committee on good government and public accountability during its hearing on the alleged misuse of the excise tax proceeds.

“The amount (that) tobacco farmers have infused into local government units are dizzying. But up to now, instead of improving the situation of farmers, (the tax proceeds) did not,” Pugyao said.

On Wednesday, Marcos denied any wrongdoing in the alleged disbursement of P294.3 million in cash advances taken from the tobacco tax proceeds for the purchase of medicines and motor vehicles, as well as on construction projects.

“The real objective (of the tobacco excise tax was) to improve the farmers’ general welfare and wellbeing,” Marcos told the committee, which had pointed out that the Commission on Audit (COA) allows the use of cash advances only for salaries and wages, allowances, honoraria, and petty operating expenses.

Since last year, the committee has been looking into the Ilocos provincial government’s alleged misuse of its share of the excise tax proceeds to purchase P66.45 million worth of minicabs, buses, and mini-trucks for various municipalities when the fund was clearly intended for the livelihood projects of tobacco farmers.

Marcos maintained that she had relied only on the approval and endorsement of the province’s finance committee.

In a press statement, Kabataan Party-list Rep. Sarah Jane Elago said that 32 years after the ouster of authoritarian President Ferdinand Marcos, “it seems that the legacy of the Marcoses stealing from the nation’s wealth continues.”

Governor Marcos had defended the alleged purchase of more than 100 vehicles in 2011 and 2012 using the excise tax fund of the province and said that the COA saw nothing wrong with the transaction.

“I could not say that the cash advance was prohibited…because it passed the COA audit, the post audit,” she added. —VINCE F. NONATO