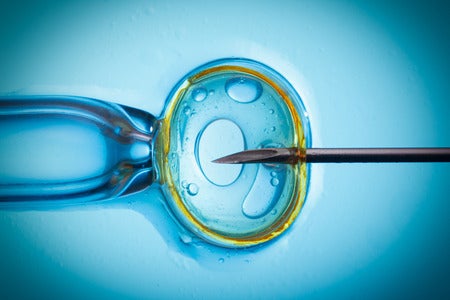 BEIJING – A man was ordered by a court to compensate his wife for mental anguish after he secretly stopped paying storage fees for her frozen embryos during their divorce proceedings in Nanjing, Jiangsu province, in the first case of its kind in China.

Xuanwu District People’s Court ruled that the man should pay 30,000 yuan ($4,740) to his wife for infringing on her rights to health and compromising her procreative progress.

The man, known as Fang Mu, met his wife, Pei Pei, in 2004. He went to study in the United States and returned to China to marry her in 2010. After going to the US to live for four years, the infertile couple decided to try in vitro fertilization at a US hospital.

The hospital took 13 eggs from Pei and managed to fertilize six. It implanted one fertilized egg and stored the remaining five as the couple requested. However, Pei had a miscarriage before she returned to China in 2015 as her relationship with her husband deteriorated.

The embryos were destroyed because Fang had ceased paying the storage fees in March 2016.

Fang argued that, like women, men have the right to choose not to have children, the court said. He also said he wanted no contact with Pei after the divorce, and it was his legal right not to store the embryos.

“Risks and pain exist before and during the act of harvesting eggs from women’s bodies,” he said. “The decision to take health risks and endure physical pain cannot be rewarded for wives if their husbands abandon the embryos.”

“He infringed the wife’s right to know the condition of the embryos, and didn’t get her consent to stop paying the hospital,” Chen said.

He said that husbands should respect their wives’ sacrifice during in vitro fertilization procedures and should not abandon the embryos without the woman’s consent.

“The husbands should show understanding and respect while maintaining the embryos’ vitality before they get divorced,” he said.

Chen, the judge, added that China’s Marriage Law makes it clear husbands cannot be compensated if their wives terminate pregnancies without their consent.