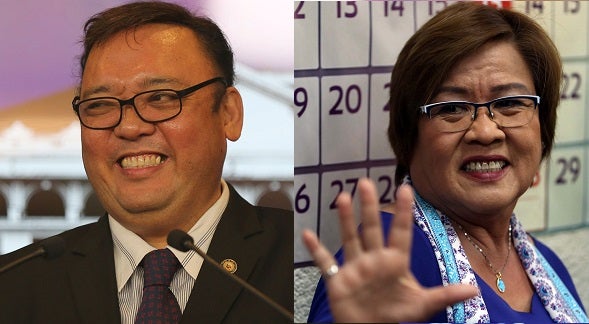 Presidential Spokesperson Harry Roque on Tuesday hit back at detained Senator Leila de Lima for saying the Palace official has “bartered his dignity and reputation as a human rights lawyer.”

“May you spend the rest of your life in jail. Goodbye,” Roque said in a Palace briefing.

Roque’s comment was sought after de Lima in a statement said that the Palace official “has sold his own identity in exchange for a possible Senate run.”

De Lima, one of the staunchest critics of President Rodrigo Duterte, has been detained at the custodial center of the Philippine National Police (PNP) on drug charges.

The senator has repeatedly denied the charges against her, claiming she was being persecuted by the government because of her criticisms on the bloody war on drugs. /cbb