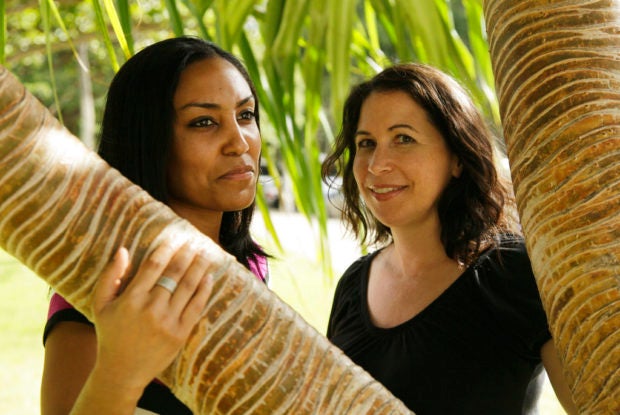 Taeko Bufford (left) and Diane Cervelli (right) pose for a photo last December 19, 2011 near Waikiki beach in Honolulu. A Hawaii appeals court has ruled against a Hawaii bed and breakfast that denied two women a room because they are gay. The Intermediate Court of Appeals affirmed a lower ruling against Aloha Bed & Breakfast, whose owner appealed based on her religious views. AP

HONOLULU — A Hawaii bed and breakfast discriminated against a couple by denying a room to two women because they are gay, a state appeals court affirmed.

Aloha Bed & Breakfast owner Phyllis Young had argued she should be allowed to turn away gay couples because of her religious beliefs. She appealed a 2013 lower court ruling that ordered her to stop discriminating against same-sex couples.

Alliance Defending Freedom, which is representing Young, did not immediately return messages seeking comment on Monday.

Diane Cervelli and Taeko Bufford of Long Beach, California tried to book a room at Aloha Bed & Breakfast in 2007 because it is in Hawaii Kai, the same east Honolulu neighborhood where the friend they were visiting lived. When they specified they would need just one bed, Young told them she was uncomfortable reserving a room for lesbians and canceled the reservation.

Young told the commission she is Catholic and believes that homosexuality is wrong, according to the appeals court ruling. The commission found that the business illegally discriminated against the couple and issued Cervelli and Bufford “right to sue” notices.

Cervelli and Bufford filed their lawsuit in 2011.

“As a really practical matter, the profound harm that the business inflicted here is in the form of stigma and humiliation,” Peter Renn, an attorney with gay rights advocacy group Lambda Legal representing the couple, said on Monday. “There’s no amount of money that can really make you feel whole again after you’ve been stripped of your dignity like this and told we don’t serve your kind here.”

“This is an issue that we’re seeing nationwide where businesses are claiming that a religious motivation somehow gives them excuse to violate the law,” he said. “And this court very clearly said no, it doesn’t.”

Young could ask the state Supreme Court to take the case, Renn said. If the court declines to do so, she could go to the US Supreme Court because of her First Amendment claim.

“We thought the days when business owners would say, ‘we’re open to the public — but not to you,’ was a thing of the past,” she said in a statement. “You don’t have to change your beliefs, but you do have to follow the law just as everyone else does.”        /kga