Duterte says PH to get 5,000 firearms from a ‘friendly country’ 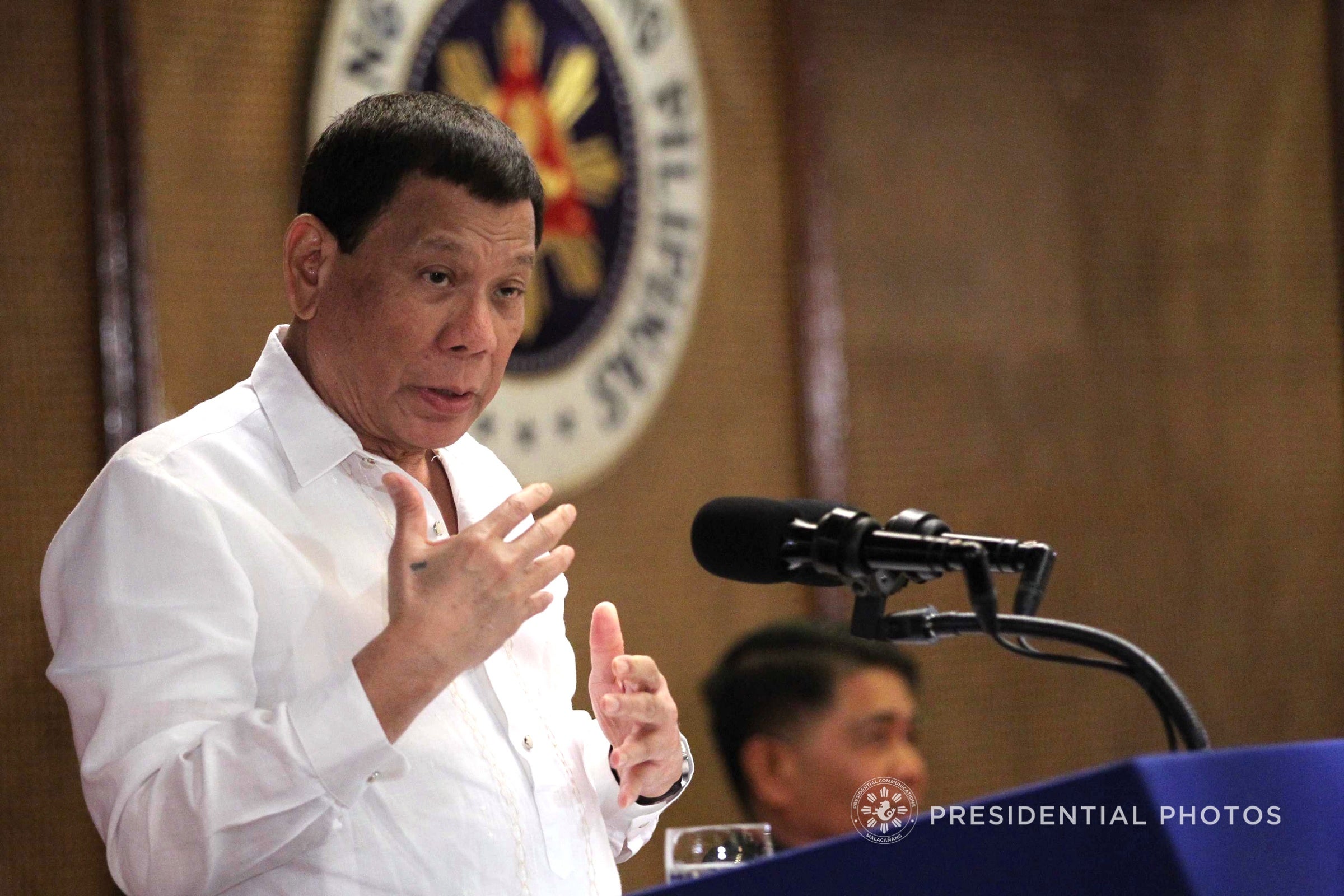 President Rodrigo Duterte on Monday revealed that the Philippines will receive 5,000 firearms “in the next few days” from “a friendly country.”

“We are getting firearms somewhere. I am not at liberty to divulge it. But in the next few days, we will have about 5,000 more, a shipment coming from a friendly country. We will survive and we will win these pocket wars. And we will be a great nation someday,” Duterte said in a speech during the inauguration of the ARMSCOR Shooting Range in Davao City.

Duterte did not identify the country where the firearms would be coming from.

“Ay naku, ayaw niyang sabihin, hindi ko rin sasabihin (Since he doesn’t want to say, I won’t say it). He will divulge it in due time,” he said in a text message.

The Philippines had also received P370 million worth of arms and ammunition from China. /je