Ex-Pres. Aquino shows up at House inquiry on Dengvaxia 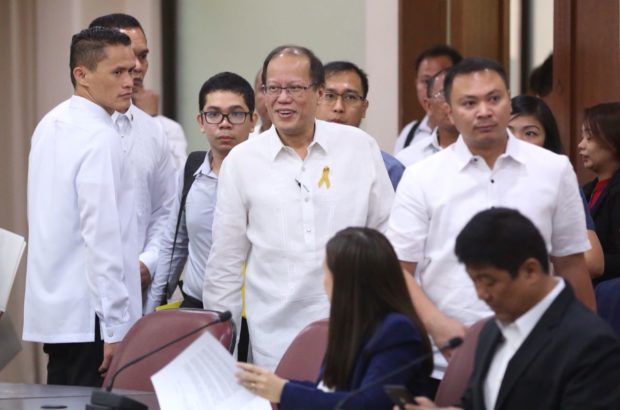 Former President Benigno S. Aquino III has arrived at the House of Representatives to attend the congressional inquiry on the controversial anti-dengue immunization program during his term.

This was the first time Aquino attended a House hearing since he finished his term in June 2016.

Last December, Aquino also showed up at the Senate hearing on the immunization program, which used the anti-dengue vaccine, Dengvaxia, which some sectors blamed for the death of a number of children.

The House committee on good government and public accountability is investigating the government’s purchase of P3.5 billion worth of Dengvaxia from French pharmaceutical firm Sanofi Pasteur.             /kga 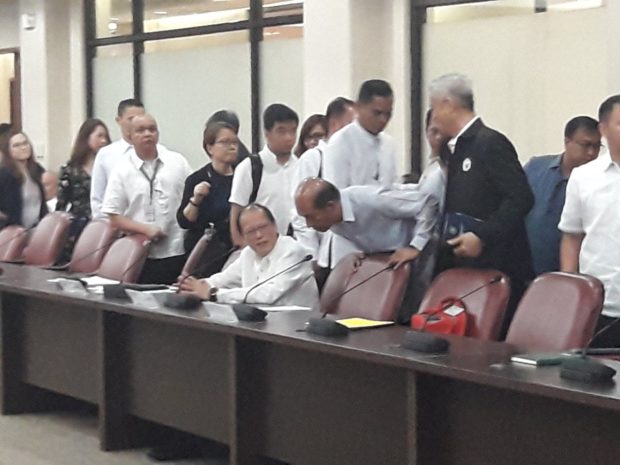 Former President Benigno S. Aquino III (seated) appears before a congressional inquiry on Monday, February 26, 2018, at the House of Representatives on the purchase of the P3.5 billion-worth Dengvaxia from Sanofi Pasteur. The vaccine was used in the anti-dengue immunization of the Department of Health that commenced during the Aquino administration. (Photo by Erwin Aguilon, DZIQ)