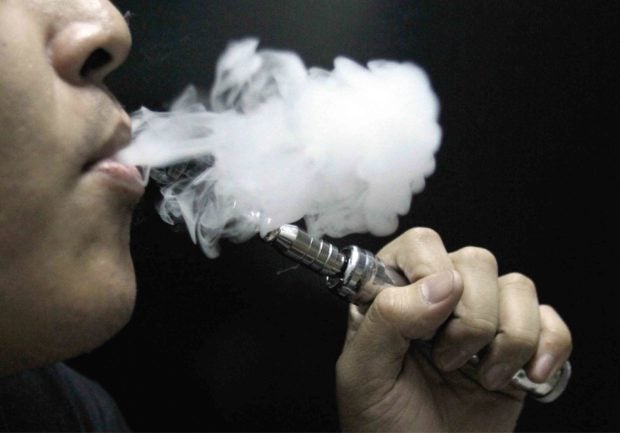 A health advocacy group calling for stricter tobacco control is objecting to calls for the Department of Health (DOH) to endorse vaping as a safer alternative to cigarette smoking.

HealthJustice Philippines (HJP) maintained that electronic cigarettes were not completely safe and that it would be “the height of absurdity for the DOH” to give them such an endorsement.

“As far as the national and international scientific and medical community is concerned, vaping or the use of electronic cigarettes is not completely safe because these still emit toxic chemicals,” said Dr. Jaime Galvez Tan, a former health secretary and now one of the HJP board members.

The group, which also favors higher taxes on tobacco products, was reacting to calls made by the group The Vapers Philippines (TVP) for the DOH to endorse vaping as part of the government’s tobacco control program.

In an earlier report, TVP cited a study by Public Health England saying vaping was 95-percent less harmful than cigarette smoking, and recommending that e-cigarettes, alongside nicotine replacement therapies, be made available at hospital shops for smokers who want to quit.

Vapers Philippines urged the DOH to look into the report so that it could recommend e-cigarettes for such smokers.

But Tan said it was crucial for the public to be fully informed about vaping.

The study, he said, showed that nicotine seems to be involved in the biology of malignant diseases and neurodegeneration.

Another group opposed to e-cigarettes, the Southeast Asia Tobacco Control Alliance, stressed that vaping “involves the inhalation of nicotine at the same levels as cigarettes and can maintain nicotine addiction.”

“These are just a few reasons why vaping must also be banned in all public places where smoking is also banned,” Villareiz added. —Julie M. Aurelio