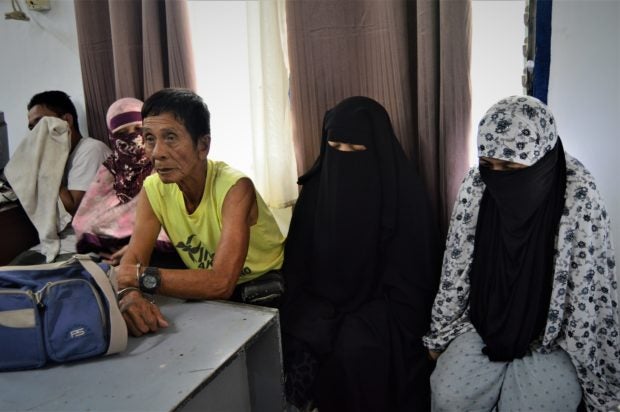 Juromee Dongon was arrested at 6 a.m. Sunday during a raid at Purok, Tubod, Lanao Del Norte.

The arrest was in connection with her suspected terror activities.

Aside from Dongon, arrested were her sisters Lorelie Atta and Norein; as well as Lorelie’s husband, Senior Police Officer 4 (SPO4) Andy Atta; and Romeo Dongon, father of Juromee, Lorelie, and Norein.

On the other hand, confiscated from Romeo and Norein were one unit of .45 caliber pistol, one piece magazine for .45 caliber, 3 pieces cartridges for .45 caliber, one fragmentation grenade M61, one empty blasting cap, detonating cord, and gadgets.

Romeo and Norein were arrested in a separate operation also on Sunday at 5:41 a.m. at Sitio Tinago Brgy. San Juan, Baroy also in Lanao Del Sur. 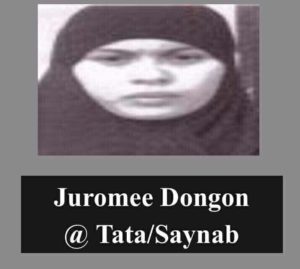 All five will be facing a case for illegal possession of firearms and explosives.

The raid that led to Joromee Dongon’s arrest was the second conducted by authorities against suspected terrorists hiding in Lanao del Norte.