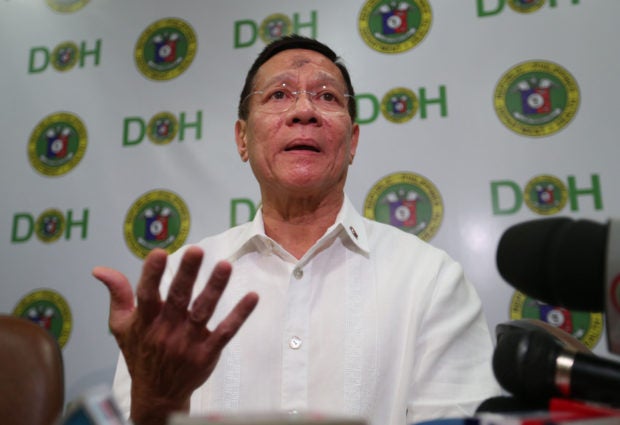 The Department of Health on Saturday declared a measles outbreak in Zamboanga City as it appealed to the public to support the government’s immunization programs.

Health secretary Francisco Duque III maintained that the DOH is “resolute in its desire to win back the trust and confidence of the public on vaccination” following the Dengvaxia vaccine controversy.

“Although some sectors may attribute the outbreak to the Dengvaxia issue, it is actually the result of low measles vaccine coverage in the past years which led to the accumulation of susceptible individuals,” he said.

Surveillance data from the DOH showed that measles cases began to increase in Zamboanga City in August last year, and that 166 measles cases have been reported for 2018 so far.

The lone fatality was a six-month-old baby who died last February 6 and presented signs and symptoms of measles such as fever, rash, cough, coryza, conjunctivitis, malaise, and dyspnea.

In a statement, the DOH said there was a low measles vaccine coverage in the area, with the last supplemental immunization conducted in 2014.

To increase vaccine coverage in affected areas, a selective catch-up immunization was conducted in the last quarter of 2017.

Duque advised parents to immediately isolate children with fever and rashes, and consult a doctor for those with complications such as pneumonia or diarrhea.

Hospitals were told to strictly implement infection control mechanisms to prevent the spread of the disease in health facilities.

“Let me reiterate that vaccination is still the best protection against this particular disease,” Duque said, adding that children should receive complete doses of the vaccine against measles.

“Let us not lose sight of the benefits that other vaccines have provided to us. These have been proven to be very effective in preventing diseases as we have seen in the past,” Duque said.