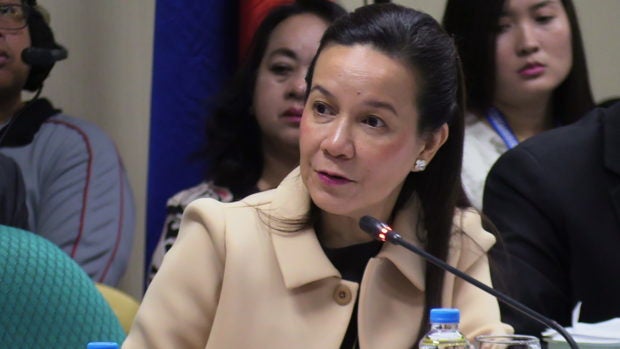 The chair of the Senate public services committee on Friday expressed frustration at what she said was the lack of a clear direction on how to solve Metro Manila’s traffic crisis from President Duterte who, in 2017, described the nation’s capital as a dying city.

Sen. Grace Poe reiterated her appeal for the passage of a bill granting emergency powers to Mr. Duterte to solve the crisis.

In a presentation on Thursday, the Japan International Cooperation Agency (Jica) said the road gridlock was bleeding the Philippine economy to

In December, Mr. Duterte distanced himself from the emergency powers bill, saying it was not he who asked for it.

“You never heard it from me. It was the councilors and maybe (Transportation Secretary Arthur) Tugade because that was what he needs to do the right thing,” the President then said in a speech. “I never said, ‘give it to me.’”

Poe defended the bill, which her committee had already passed, saying it would enhance coordination between national and local government units on measures needed to solve the traffic crisis.

“All this cannot be done without a well-thought-out plan,” Poe said.

The bill, however, was being delayed by extended debates and mixed signals from Mr. Duterte, according to Poe.

Senate President Pro Tempore Ralph Recto said there was no magic bullet to fix “carmageddon,” or the sheer chaos on major roads caused by the traffic crisis.

Recto said what was needed was a “cocktail of solutions” that ranged from changes in driver behavior to “dispersing economic activity to the regions.”

But the crisis has already reached the point where measures to solve it has to be monitored daily by the country’s “builder in chief,” or the President.

“Malacañang should lead,” said Recto. A hall in Malacañang, he said, could be converted into a “war room” where progress in Mr. Duterte’s “Build, Build, Build” program could be monitored in real time in relation to its effect on traffic.

Another senator, Sherwin Gatchalian, chair of the Senate committee on economic affairs, said the only solutions were a mass transport system and a subway.

He said aside from the P3.5 billion in daily economic losses brought by the crisis, road gridlock was also contributing to the “deterioration of the quality of life of our citizens.”

Senate Majority Leader Vicente Sotto III said the solution was simple—rid city and inner streets of parked cars, tricycles and other obstructions. “This can be done if there’s political will,” he said.

In a speech in Clark, Pampanga, in December 2017, the President sounded like he was giving up on Metro Manila.

“It is important that we disperse the industries because Manila, in about 25 years, will be a dead city,” Mr. Duterte said then. “It will start to decay because there is no way we can rehabilitate the place.”

“You cannot rehabilitate the place, you have to dismantle it to do that,” he said.