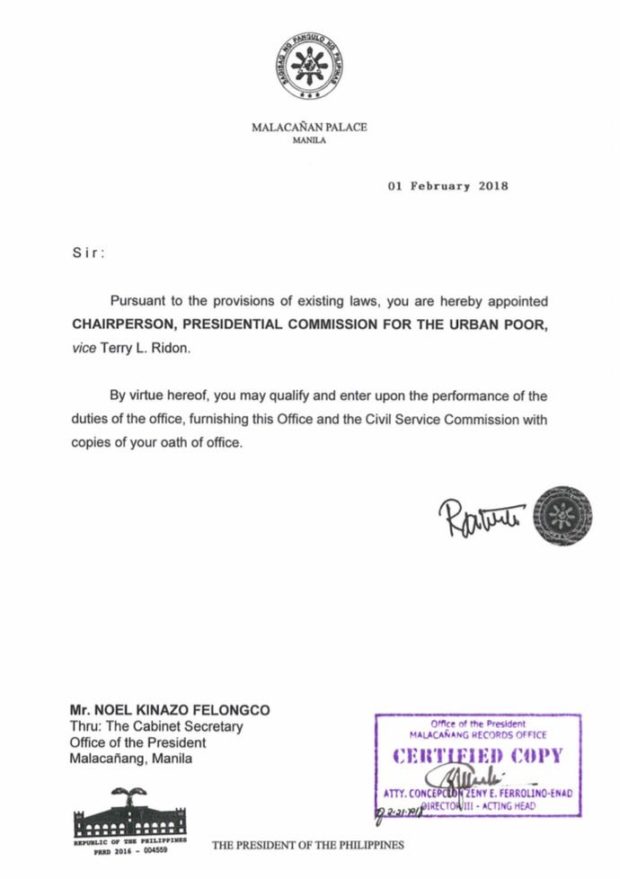 President Rodrigo Duterte has named Noel Felongco as the new chairperson of the Presidential Commission for the Urban Poor (PCUP).

Duterte signed Felongco’s appointment paper on February 1 but was released to the media on Thursday.

Felongco has served as president of the Partido Demokratiko Pilipino-Laban ng Bayan (PDP-Laban) Central Visayas and a former environment undersecretary.

Felongco replaced Terry Ridon, who was fired by Duterte for his frequent trips abroad.

The President also named Ferdinand Bocobo as a member of the consultative committee that will review the 1987 Constitution.