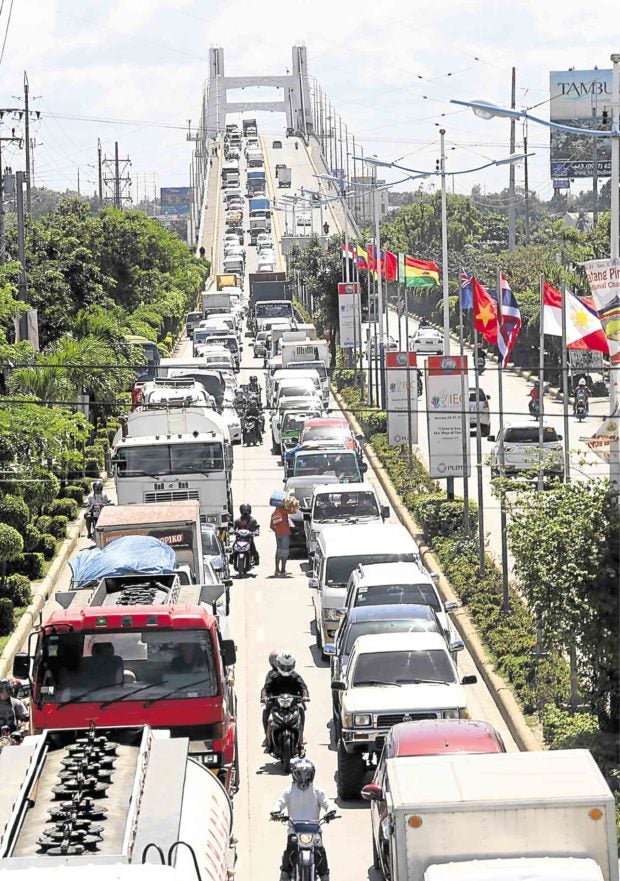 CEBU  CITY — Plans are underway for the fourth bridge that will link Mactan Island to mainland Cebu even as the third bridge has yet to be built.

Public Works Secretary Mark Villar said the feasibility study conducted by the Japan International Cooperation Agency (JICA) for the fourth Mandaue-Mactan bridge was expected to be finished in the first quarter this year.

“The fourth bridge will help solve the traffic problems in Cebu,” Villar said on the sidelines of the 4th Philippine-Japan High-Level Committee on Infrastructure and Economic Cooperation meeting in Lapu-Lapu City last week. “But we are planning to have provisions for rails on the bridge so it will be consistent with the mass transit program of Cebu.”

Villar said the government would fund, build, operate and maintain the fourth bridge, worth P3 billion, just like what it did with the two bridges—the Mandaue-Mactan Bridge and the Marcelo Fernan Bridge.

The third bridge, the Cebu-Cordova Link Expressway project, would be built through a public-private partnership between the Metro Pacific Tollways Corp. and the local governments of Cebu City and Cordova. Construction of the P22.6-billion project is expected to start this year, Villar said.

Finance Secretary Carlos Dominguez, head of the Philippine delegation, said the Japanese government had earlier committed to formulate a masterplan for the urban development of Metro Cebu.

The Philippine-Japan high-level meeting here discussed the progress of the Duterte administration’s flagship infrastructure projects which Japan had committed to help finance through loans.

Dominguez said both governments had committed to the “fast and sure” implementation of the administration’s flagship infrastructure projects.