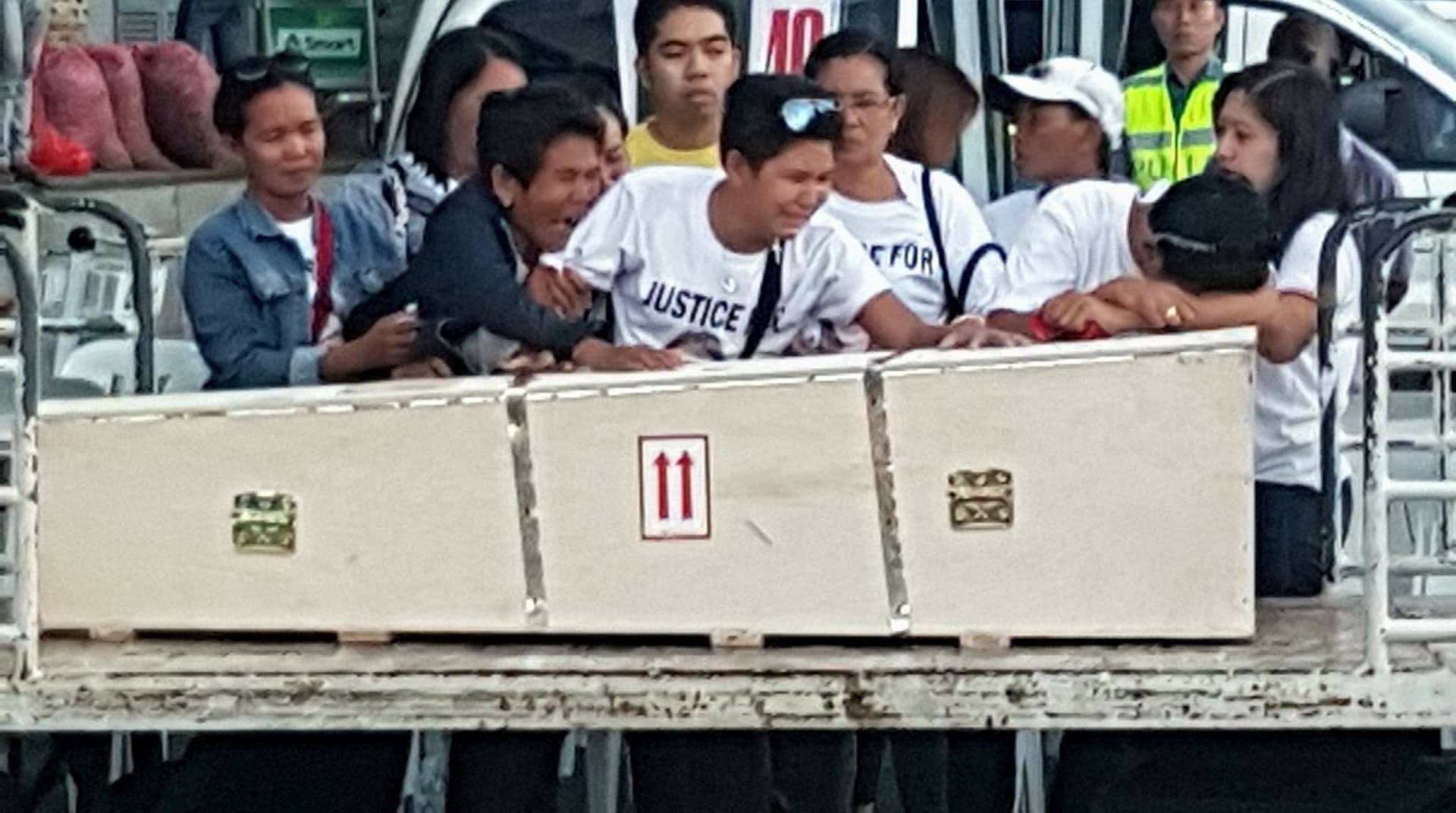 The family of murdered OFW Joanna Demafelis breaks down as they meet her remains at the Iloilo International Airport in Cabatuan town in Iloilo (Photo by Nestor P. Burgos Jr. /INQUIRER VISAYAS)

Senators denounced on Wednesday the increasing number of incidents of abuse and death of overseas Filipino workers (OFWs), amid the recent death of OFW Joanna Demafelis, whose body was found inside a freezer in an abandoned apartment in Kuwait.

At a Senate joint inquiry into Demafelis’ death and the reported abuses of other OFWs, Senator Joel Villanueva, chair of the committee on labor, employment and human resources development, was enraged about the reported 185 deaths of OFWs in Kuwait alone.

(That’s how many lives were lost before we took action. We’re talking about lives here, not of mice or cockroaches, but lives of Filipinos who took chances abroad and whom we call the new heroes of our country.)

Senate Minority Leader Franklin Drilon likewise condemned the abuses against OFWs, hoping that the hearing would serve as an opportunity to reexamine the Philippine government’s local and foreign labor policies.

“This is an opportunity to reexamine the policies that we have. We condemn it and imposed the ban. But we have to ask, was it a question of erroneous policies or of weak implementation?” Drilon said.

Senate economic affairs panel chair Senator Sherwin Gatchalian meanwhile, suggested that the government should strengthen its economic policies that would affect the country’s employment rate, which, he said, is one of the contributing factors in a Filipino’s decision to work abroad.