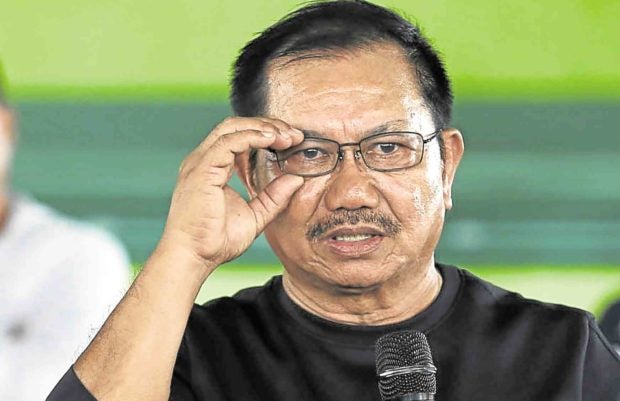 DAVAO CITY — Planting rice may not be fun, especially if Filipinos do it in Papua New Guinea (PNG) where tribal warfare still claims lives. Unless the benefits outweigh the risks.

Agriculture Secretary Emmanuel Piñol plans to send Filipino farmers to PNG to plant rice and to ship the excess harvest to the Philippines, drawing ridicule and protest from a militant organization of farmers.

The idea is similar to plans a few years ago to let arid Gulf states grow food in the Philippines for their consumption.

Rep. Ariel Casilao of the peasant and labor party-list group Anakpawis said Piñol’s plan was not just “an insult to our local farmers” but also a validation of “how the government looked down on our agriculture industry.”

He said he could not see the logic behind Piñol’s proposal to use land in another country to supply Filipinos with rice when Filipino farmers were fully capable of producing the staple locally.

“The Philippines currently has almost 4 million hectares of agricultural lands,” Casilao said in a statement. “It is, in fact, enough to produce local food supply if properly utilized.”

He said producing rice elsewhere and bringing it back to the Philippines would only perpetuate rice importation.

The Department of Agriculture’s continuing program to import rice and Piñol’s proposal were “very antifarmer as well as against the poor” who relied on affordable rice varieties from the National Food Authority, he said.

On Wednesday, Piñol announced on his Facebook page that he would visit Port Moresby next month to “finalize an arrangement” allowing Filipino farmers to plant rice in PNG.

He said President Duterte had given him the go-signal for the trip.

“I mentioned to the President the idea” of outsourcing the production of rice by Filipino businessmen and farmers, Piñol told reporters in Manila in an interview after he posted his proposal on Facebook.

PNG, with its vast land, is ideal for outsourcing rice production because it has a population of only 8 million, according to Piñol.

“Anything in excess will be shipped to the Philippines as part of our rice supply,” he added.

He said initially, 22 Filipino farmers would be flown to PNG to plant rice on a joint-venture demo farm.

The project, according to the agriculture chief, would be a “government-to-government collaboration” but the management of the farms would be handled by private companies.

The Philippines, he said, would provide capital, technology, equipment and workers.

Piñol hatched the plan despite a rise in Philippine rice production.

The country produced nearly 19.3 million metric tons of rice in 2017, 1.65 million MT more than the 17.63 million MT in 2016, data from the Philippine Statistics Authority showed.

Piñol said the 9.3-percent increase in rice production resulted in a surplus of 2.7 million MT.

During the launching of the Bigas Mais project in Davao, Piñol said maintaining the surplus was a challenge, as the country’s population continued to grow. —Allan Nawal