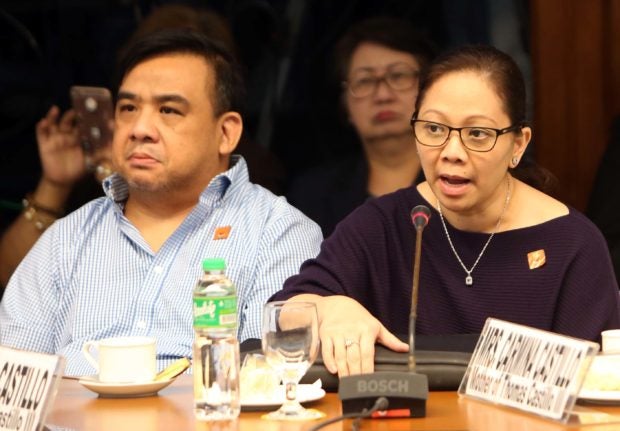 The parents of Horacio “Atio” Castillo III on Monday questioned the University of Santo Tomas (UST) for withholding the names of eight members of Aegis Juris who were expelled for their involvement in his hazing and death.

Atio’s mother, Minnie Castillo, said it was important for the family to know those expelled as it would help her son’s case.

His family also wants to find out the rules the law students violated “because this would establish that the hazing really took place.”

Instead, Minnie said, the university refused to reach out to them.

Malacañang hailed the expulsion of the eight students but said they must also face criminal prosecution.

“We think it’s the right step forward. Expelling them sends the message that our schools will not tolerate violence on our campuses,” presidential spokesperson Harry Roque said in a press briefing.

But Roque stressed that this was only the beginning. “They will have to face criminal prosecution for violation of the Anti-Hazing Law.”

Minnie said the expulsion was a smoke screen “to show that the university was doing something about my son’s case.”

For her, UST did its first ever action since her son’s death last September only because her family had announced its plan to file a complaint in the Vatican over the Catholic university’s indifference and inaction.

Despite the expulsions, Minnie said the complaint would push through. The Castillos are only awaiting the resolution of the case in the Department of Justice before making their next move, she said.

“We would still file a complaint because UST refused to cooperate during the investigation. The university even gave the Manila Police District (MPD) a hard time. They even refused to properly entertain the investigators,” Minnie said.

In a separate interview, Coronel said the university cooperated during the investigation but only “very minimally.”

“In fact, they sent a representative only once. And the university’s lawyer, Al Verzosa, to our surprise turned out to be a fraternity brother of all the accused. The school’s lawyer was a member of Aegis Juris,” the officer said.

Minnie and Coronel’s statements debunked the claim made by the university that it “closely coordinated” with the MPD and the National Bureau of Investigation.

In a statement issued on Monday, UST said it was committed to ferret out the truth, determine liability and impose the appropriate sanctions.

“They can always say that, but the truth is UST gave investigators a hard time. And the only reason why they’re taking action is because we are planning to file a complaint against them in the Vatican,” Minnie said.

The university’s public affairs office released the statement as it officially confirmed news reports that the committee task with investigating Atio’s death would impose the penalty of expulsion against the eight students found “guilty of violating the Code of Conduct and Discipline.”

The statement came a week after Minnie criticized UST’s “deafening silence” on the results of the Senate report that recommended that the university take action against members of Aegis Juris, including lawyer Nilo Divina, the dean of its College of Law.

UST claimed the committee was formed on Sept. 19, days after Atio’s death. But Minnie said it never informed her family.

And when the committee decided on the expulsion, Atio’s parents said the university did not bother to inform them. “Why weren’t we informed when the case involved our son?”

Atio’s father, Horacio Castillo Jr., said the family was visiting his grave when his wife received a call from a journalist asking for confirmation about the expulsion.

“Isn’t it proper that they inform us first?” he asked.

Minnie stressed that as parents, they had every right to be informed and updated about their son’s case.

“If the university chooses to keep the information from the media so be it. But they have to inform us because this involves our son,” she said.

According to Minnie, even the Senate and the Supreme Court had the decency to inform the family about their actions before the results of the probe and the disbarment case were announced.

She also wondered why the school punished the students but Divina remained untouched.

A huge poster greeting Divina happy birthday was plastered on the university’s main building on Monday, beside the College of Law faculty office. Divina’s birthday is today.

“Out of delicadeza, he should step down,” Minnie said. —WITH A REPORT FROM LEILA B. SALAVERRIA