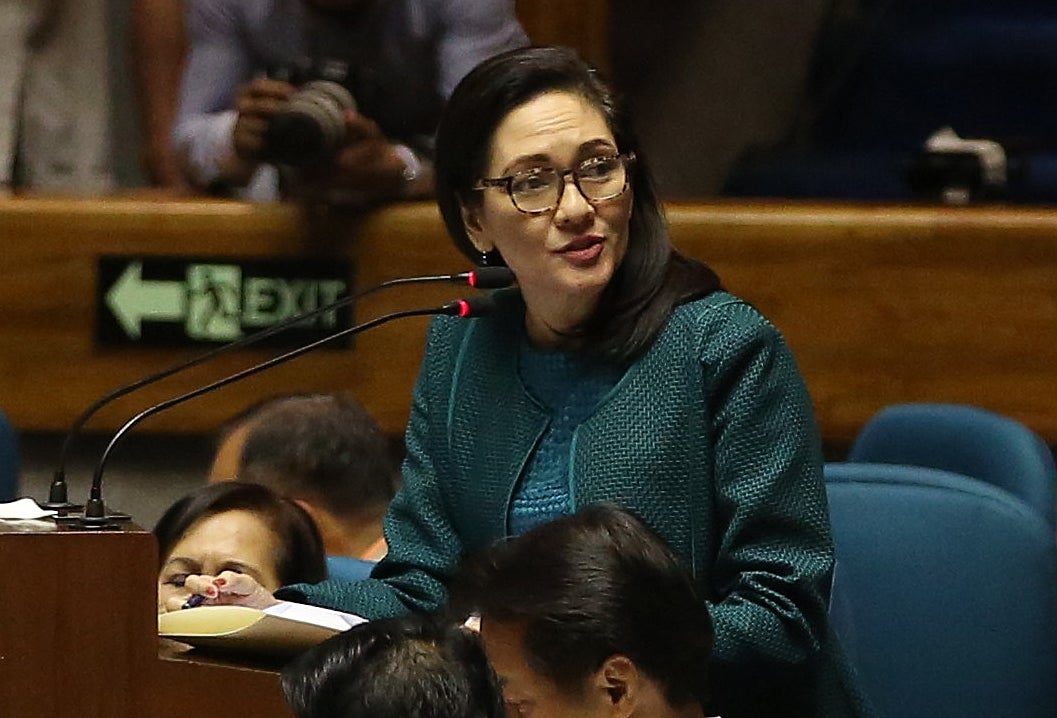 Senator Risa Hontiveros has accused Senate President Aquilino “Koko” Pimentel III of abetting in an alleged “witch hunt” in connection with the wiretapping case filed against her.

In October last year, Justice Secretary Vitaliano Aguirre II filed the case at a Pasay court against the lady senator for making public a photograph of his supposed text messages inadvertently captured during a Senate hearing last September 5. The text messages supposedly showed that Aguirre was plotting against Hontiveros.

“We are respecting legal processes and responding to the charges filed against me by Mr. Aguirre, as well as the other charges filed by his cohorts,” Hontiveros said when she delivered a privilege speech on Monday.

“What deeply concerns me is the involvement of the Senate as an institution in this case filed by Mr. Aguirre against me in his personal capacity, and the willingness of the Office of the Senate President to abet a witch hunt not just against me, but against a 23-year-old consultant of my office, Kyle Venturillo.”

Hontiveros said the Senate had “complied” with all the requests made by Aguirre such as copies of her staff’s personal data sheet, identification cards, pertinent personnel records and photographs; a list of all members of the media, photographers and staff present during the hearing of the Senate committee on public order; and the footage of the entire proceeding.

Aguirre, she said, had also requested for CCTV footage of the Senate’s entire 5th floor, ground floor, lobby and entrance, including the chamber’s elevators inside and outside.

“To each of these requests, the Senate, through the leadership of the current Senate President, simply complied,” Hontiveros said.

(I want to manifest that not once was I told about these requests I mentioned. As a member of this chamber, I wasn’t given the courtesy of being told that the personnel records of my staff were being looked into and asked permission from other people.)

Hontiveros also noted that the chamber was under no “legal compulsion” to release the documents since no subpoena has been issued by the proper court.

(It’s concerning how the Senate President gives up the institutional integrity of the Senate.)

After learning about this last Tuesday, Hontiveros said she immediately wrote Pimentel, who she said has yet to respond.

“I am therefore constrained, as a concerned member of this House, to follow it up on the floor now. The institutional integrity of this chamber is at stake. Does this not call for corrective action on behalf of the senators, the Senate employees and the Senate itself as an institution?” she asked.

(Mr. President, where is the courage and integrity that this institution needs under your leadership? Is this how things are in the Senate now?) /je