Where heroes and kin used to tread 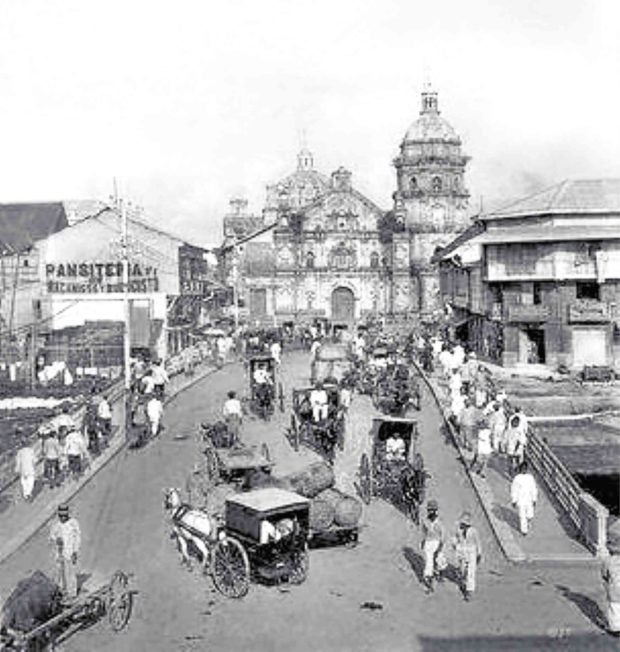 Binondo Church during the Spanish era

Walking the streets of Binondo and San Nicolas is like taking a trip to Old Manila. It’s a leisurely stroll into the city’s history and a visual way to get reacquainted with our past and its heroes.

On the Saturday that I decided to feel the city’s stories with my feet. Ces Sunico, a fifth generation scion of the Sunico clan of Old Manila, joined me.

Sunico is a volunteer of the Binondo-San Nicolas Heritage Walk, an organization that helps local and foreign tourists as well as other interested parties get to know this district. She also works for the Martial Law Memorial Commission, which documents this harsh chapter in the country’s history.

Binondo–San Nicolas constitutes the first Chinatown in the country, and possibly, the world.

Then Spanish Gov. Luis Perez Dasmariñas founded Binondo in 1594. San Nicolas, the western part of Chinatown, was a thriving fishing village when the Dominicans arrived in Binondo in 1596.

But the Spanish colonial rulers developed the area as a settlement for Chinese traders who did brisk trade at the mouth of the Pasig River.

A good start to one’s walk on Binondo is the Binondo Church which, unknown to most people, has two churches: the Basilica de San Lorenzo Ruiz in honor of the first Filipino saint, and directly behind it, the much smaller Our Lady of the Most Holy Rosary Church. 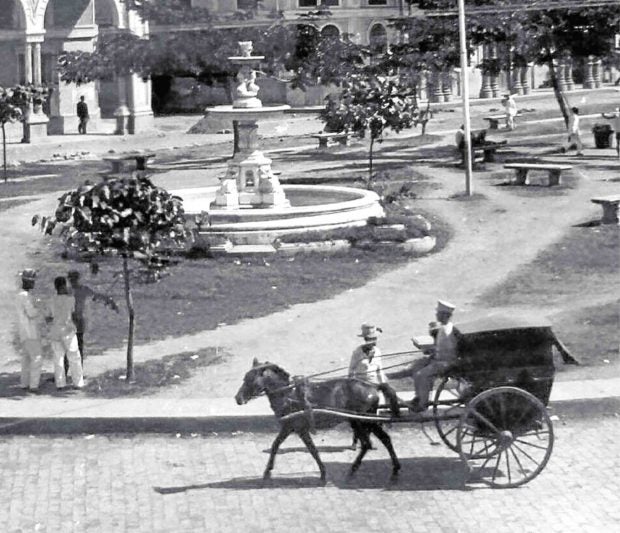 The Augustinians built the Binondo Church in the early years of the Spanish rule. The Dominicans built the adjacent church, which today holds Masses in Mandarin, the only church doing so in Metro Manila.

Fronting the little church is Ongpin Street, formerly known as Sacristia but renamed to honor the Chinese-Filipino patriot who generously supported the Katipunan.

Directly in front of the Basilica is the Plaza de San Lorenzo Ruiz, which has a statue of the first Filipino saint and an obelisk, which is also a marker for the La Insular Cigar and Cigarette factory that once stood beside Binondo Church. 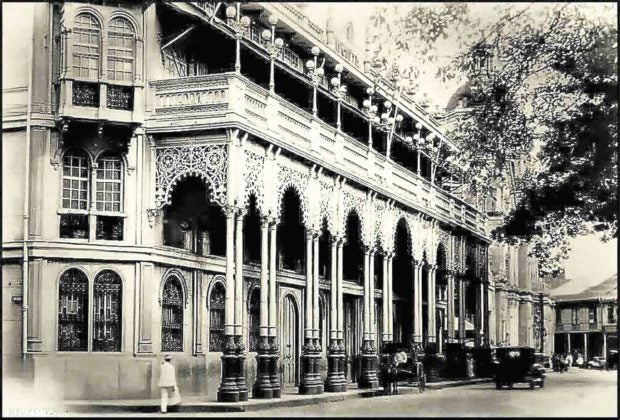 The old La Insular Cigar and Cigarette Factory that once stood beside Binondo Church.—CONTRIBUTED PHOTOS

Running perpendicular to nearby Juan Luna street is Meisic street, reputedly the birthplace of Doña Teodoro Alonzo, the mother of Jose Rizal.

The original house was demolished to give way to a mall. About 50 meters from the Lee Aguinaldo building, an Art Deco structure built in the 1930s, is a building reputed to be the birthplace of Don Francisco Mercado, Rizal’s father, in Estraude Street. 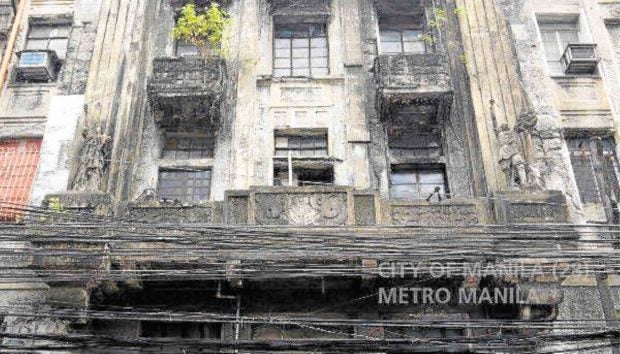 The façade of Lee Aguinaldo building, an Art Deco structure

Strangely enough, the Meisic Bridge over Estero Reina Regente stands in its original form. It has not been remodeled nor repaired since Rizal’s time. And neither was the Blanco Bridge, built in the 1890s, which connects Binondo and San Nicolas.

What changed are the surroundings, with their undeniable stench. From a brisk trading post in the Spanish and American eras, Estero de Binondo has become a dumping ground for garbage and other refuse. 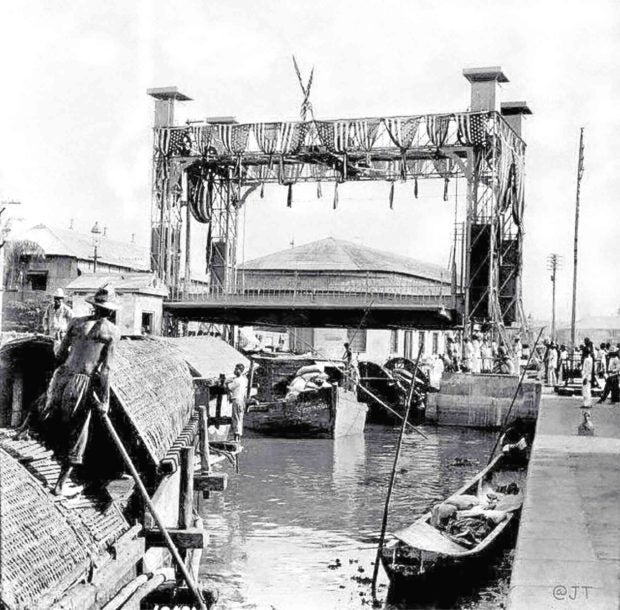 Despite the best intentions of the Pasig River Rehabilitation Commission to transform it into a living waterway, the campaign has not gained ground substantially.

Our next stop was 539 San Fernando Street, with its old, abandoned Spanish villa that Rizal had prominently mentioned in Chapter 23 of “El Filibusterismo.”

A hundred meters from the former Chinese restaurant is  Oceancell building which, a historical marker says, used to be the house where Rizal’s mother, Teodora, died.

Another abandoned villa greeted us on 843 Urbiztondo Street: the birthplace of Gen. Antonio Luna, the fiery general during the Philippine-Spanish war. The historical marker named Joaquin Luna and Laureana Novicio as his parents.

Next stop: the Sunicos’ foundry shop in Jaboneros street, which virtually raised questions about government  policy on conservation of historical relics. 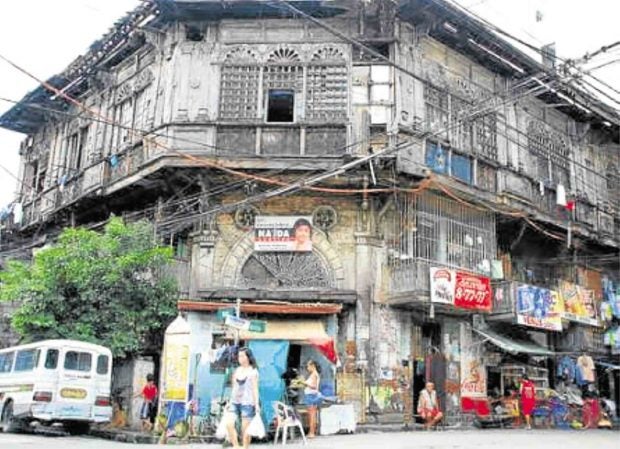 But because of the lack of conservation efforts, many historic structures were either demolished or left to rot, Sunico said. Although a law exists on conservation, the government could hardly finance their restoration and maintenance, she added.

Like some 40 villas demolished in a span of 10 years to give way to new structures, the Sunicos’ ancestral house is half of its former self. Half of it had been uprooted and reassembled as a Spanish villa in Las Casas de Acuzar in Bagac, Bataan.

The remaining half has been reduced to a junk shop, where old bottles, newspapers and scrap iron are being traded. It has been bought by a wealthy Chinese-Filipino entrepreneur.

At 638 Elcano corner Lavezares, a structure no different from the Spanish villas in Vigan gave indications of its being the oldest house in Manila, built sometime in the late 1700s or early 1800s, according to Sunico. 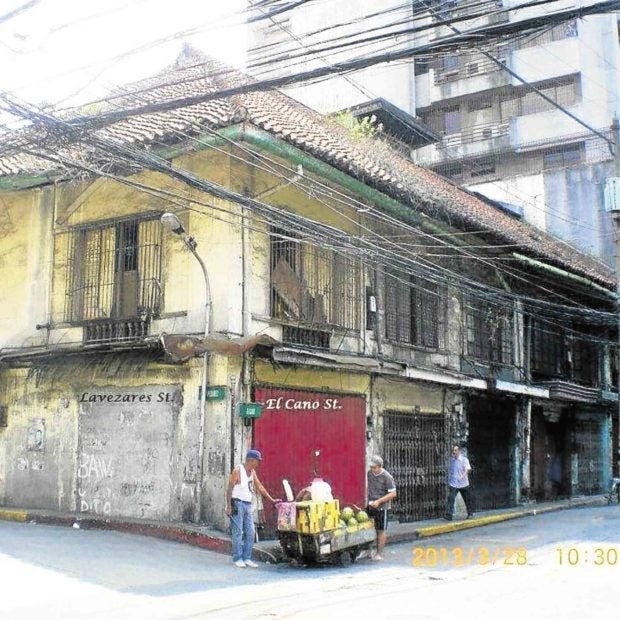 At Elcano corner Lavezares Streets sits this house, possibly the oldest in Manila

But there are concerns about its condition, with the possibility of a roof collapse because of neglect.

There are, after all, no official records to support its conservation. Already, its ground floor has become a convenient warehouse for some Chinese-Filipino traders who do business in the Divisoria market.

At the corner of Elcano and Claro M. Recto (formerly Azcarraga) Streets, our trip to the past ended. This was the founding site of the Katipunan and has the statues of its founding fathers: Andres Bonifacio, Ladislao Diwa, Teodoro Plata, Valentin Diaz and Jose Dizon.

It was a tiring but rewarding walk, with heroes from our history textbooks come to life in the buildings they once inhabited. Shouldn’t government do something to conserve this area and make our proud past visible again? 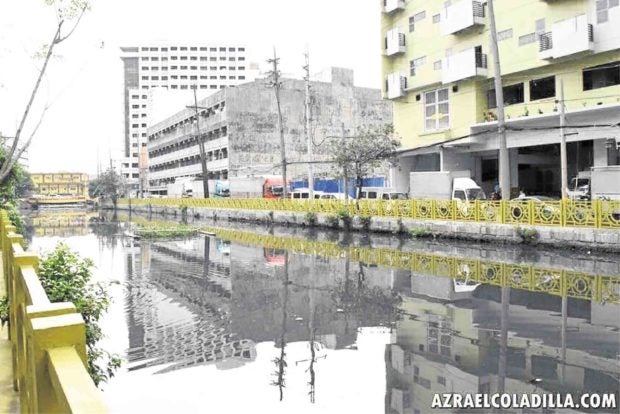