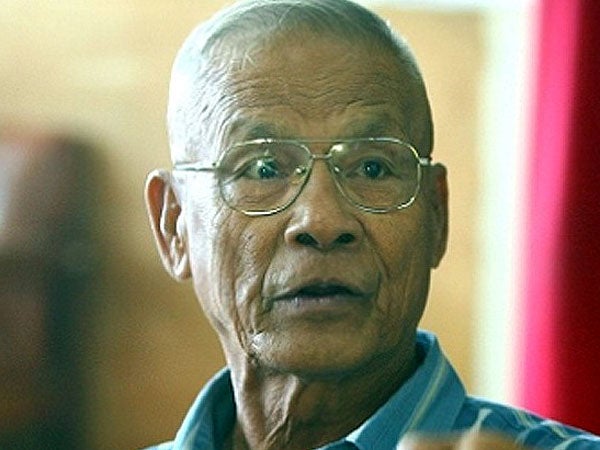 FORT DEL PILAR, Baguio City — Soldiers must do their duty and defend the 1987 Constitution amid threats to introduce federalism through extralegal means, such as a revolutionary government, or “RevGov,” former Sen. Rodolfo Biazon said on Saturday during the Philippine Military Academy (PMA) alumni homecoming here.

Biazon, who served as Armed Forces chief of staff in 1991, said the Constitution was a “living” document that should change with the times.

But altering the charter to replace the unitary government with a federal system required lawmakers to take their time and follow the process, he said.

The former Marine general said establishing a revolutionary government now “cannot be done under the present system, outside … the Constitution.”

“So anyone … who establishes a revolutionary government has attacked the Constitution,” said Biazon, who was awarded the PMA’s Lifetime Achievement Award.

Soldiers should remain apolitical, he said on the sidelines of the event that was attended by hundreds of active and retired military and police officers.

“The soldiers can step in should there be a breach against the Constitution … Anything that will be done to effect changes outside the constitutional process … they are duty-bound to protect the Constitution,” the former senator said.

Both chambers of Congress have started tackling proposed amendments to the 1987 Constitution, which was forged by a constitutional convention after the late dictator Ferdinand Marcos was ousted by a popular uprising in February 1986.

Lawmakers agreed to become a constituent assembly only to be polarized over whether the Senate’s votes must be counted separately from the House votes when a draft charter is crafted.

In November last year, President Rodrigo Duterte broached the idea of forming a revolutionary government instead to force bureaucratic changes.

The late President Corazon Aquino also set up a revolutionary government in 1986, but the 1987 Constitution reestablished regular government.

A movement formed in the provinces has been advocating RevGov in support of Mr. Duterte’s suggestion.

In an ambush interview after the parade, Biazon also said the country must continue objecting to breaches of its territorial rights in the West Philippine Sea and Philippine Rise.

“One avenue we can take is to file diplomatic protests every time our interest is violated. We have to examine the realities on the ground … Militarily … no way. But there are international courts; there is international law,” said the former lawmaker, a member of PMA Class of 1961.

Leni 2.0: The triumph of conviction