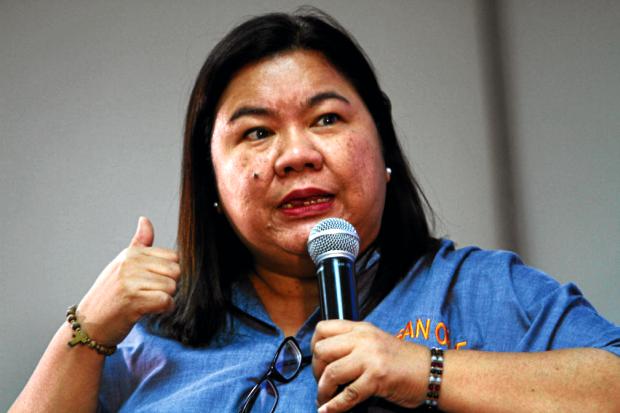 Amid changes in the labor industry in Middle Eastern countries and the total deployment ban on workers heading to Kuwait, a nongovernment organization that assists distressed overseas Filipino workers said the government must come up with a “clear reintegration roadmap” to provide jobs for returning OFWs.

“There is a looming storm. Dark clouds are hovering in the overseas employment horizon,” Susan Ople, head of policy center, said in a forum in Quezon City.

“The efforts should be interagency in nature,” she added. “The government always cites the ‘Build, Build, Build’ program but does not explain the avenues for job applications and opportunities available.”

The “Build, Build, Build” is a massive infrastructure program under the Duterte administration that is said to create more jobs for Filipinos.

Ople said, however, that she agreed with the decision to stop sending workers to Kuwait, calling it a “strong message” in defense of migrant workers.

“But there should be parallel efforts to seek solutions and to ensure that those who are still in Kuwait will be taken cared of,” she said.

Starting last week, over 2,500 workers from Kuwait had returned to the country as the government began its repatriation on Monday. President Duterte had imposed a deployment ban after the discovery of a dead Filipina worker in a freezer in her employer’s apartment. /atm