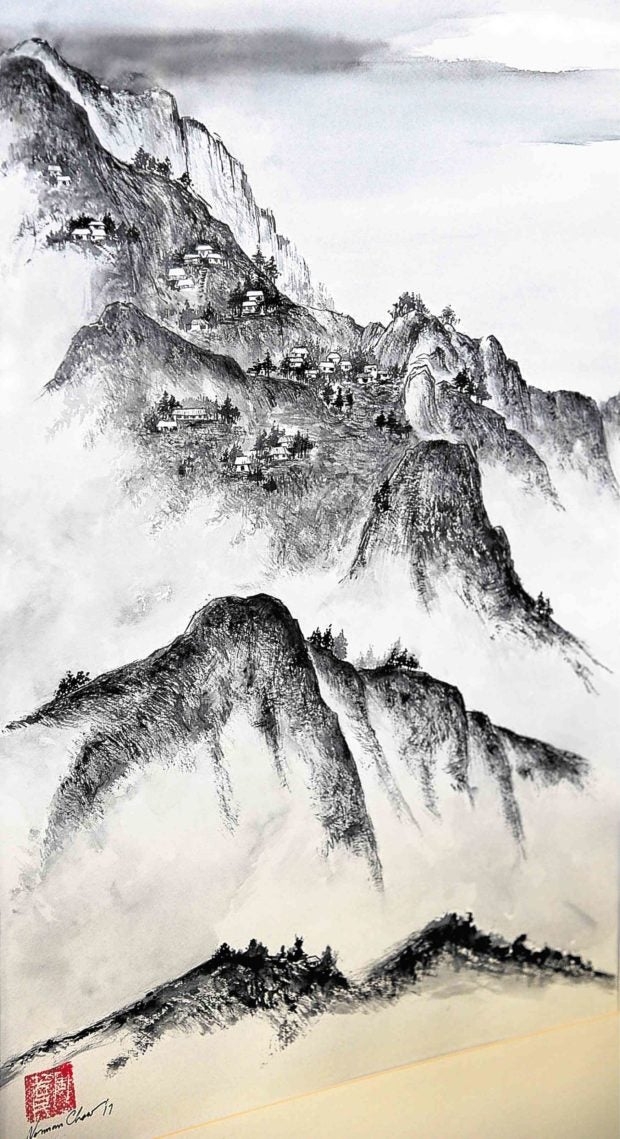 BAGUIO CITY—This city celebrated the Chinese Lunar New Year by popularizing Chinese calligraphy and painting, through an exhibit of Baguio landscapes by a father-and-son team of artists.

Norman Chow and his son, Chino, introduced the art of Chinese painting and calligraphy in a demonstration on Feb. 7 after launching their exhibit, “Bi Yao,” at Supreme Hotel in nearby La Trinidad town in Benguet province.

Chow is an art teacher who has lectured at the University of the Philippines Baguio and whose works have been displayed in Hong Kong, Singapore, Canada and Australia.

The works of both father and son have since been influenced by their Chinese roots.

“My friends would ask me to write their names in Chinese calligraphy and I have to explain to them that many names cannot be written in Chinese characters because these are not letters,” he said.

But Chinese paintings use the same technique as calligraphy, Chow said. “Unlike contemporary painting, Chinese painting is very particular with brush strokes,” he said. “A minimum stroke for maximum effect is the goal.”

Chow was born and raised in Baguio. He described himself as a “natural artist” whose talent was honed by his elementary teacher. He said his teacher’s strict discipline and high artistic standard helped shape his art.

“Our teacher was very strict, we were punished if we did not do our assignments well, but we were taught well,” he said.

Not for left-handed artists

Being left-handed, Chow said he had to work harder because calligraphy patterns were created for right-handed artists. “A small dot changes the entire meaning so I have to work double time to perfect my craft,” he said.

Chino said he learned Chinese painting from his father, watching closely as Chow worked. “I did not enroll in fine arts but I exposed myself to various art forms,” said Chino, who has produced Cordillera-inspired works and developed tattoo patterns.