Alvarez to prod Bong Go to run for senator 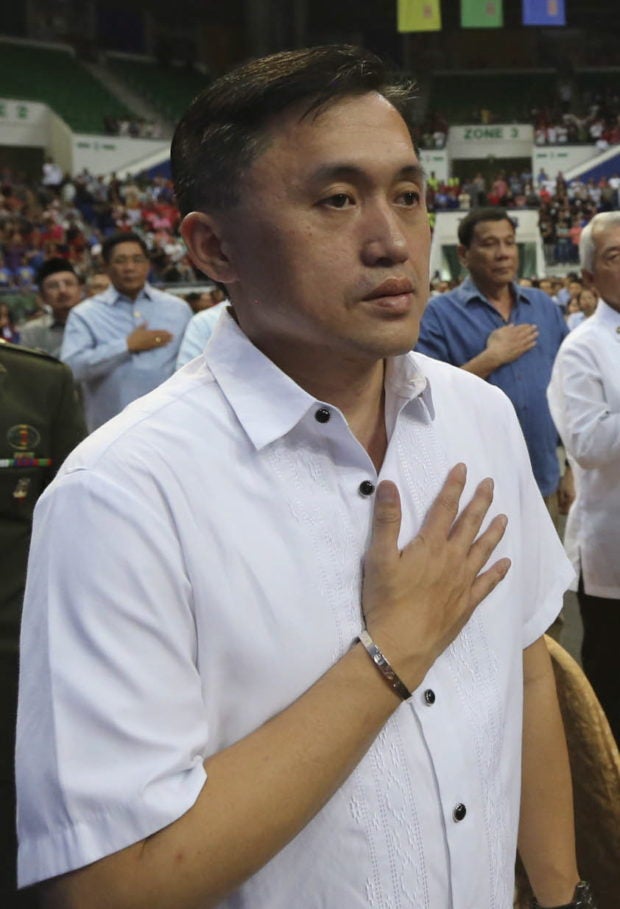 Alvarez, in a speech during the oath-taking of new PDP-Laban members in Negros Oriental, said he wanted Go to join the ruling party’s slate to represent Mindanao even though the aide had already thumbed down such possibility.

Go had already said that he was not interested for any position in the government because he is committed to serving President Rodrigo Duterte “’til kingdom come.”

“I have dedicated my life to serving PRRD (Duterte) and I am committed to stand beside him ’til kingdom come,” he said in a statement last week.

Duterte urged Go to attend the Senate investigation on the Philippine Navy’s P15.7-billion frigate deal, saying it would be his aide’s “golden opportunity” to become a senator.

Go has been accused of intervening in the Navy’s selection of the weapons system supplier but the aide had denied this and said he was open for a probe to take place.

He has been the President’s assistant since 1998.

READ: It’s no go for Bong Go on call to run for Senate

“It has been too long since we had a Muslim senator,” Alvarez said, referring to Mangudadatu.

Benitez, on the other hand, is the third richest at the House of Representatives with P942.9-million net worth as of December 2016. He is one of the founders of gaming company, Leisure and Resorts World Corp.