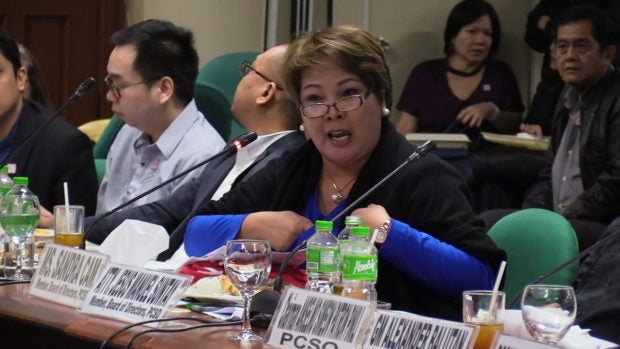 Philippine Charity Sweepstakes Office (PCSO) board member Sandra Cam turned emotional during a House inquiry on Tuesday as she called on her colleagues to “moderate their greed” lamenting that the P6.4-million spent by the PCSO for its Christmas party was the “poor people’s money.”

Testifying before the House committee on good governance, Cam said she will “continue to fight for the poor.”

“Lalaban ako, your honors. Hanggang kailan? Sa akin na lang ’yon because I [know] the feeling of the poorest of the poor,” Cam said, her voice breaking.

Cam started crying when she slammed the PCSO for holding a “lavish party” while some Filipinos struggled during the onslaught of typhoons Urduja and Vinta in Visayas and Mindanao.

“At that time,we had Urduja, we had Vinta. Kalamidad po ‘yon. Pasensya na po kayo, I came from a poor family that’s why I can relate fully to the poorest of the poor,” Cam said as she wiped her tears.

Balutan said the employees, who mostly came from poor families, deserved to be rewarded with a grand party for working hard to bring in a record-high revenue in 2017.   /muf