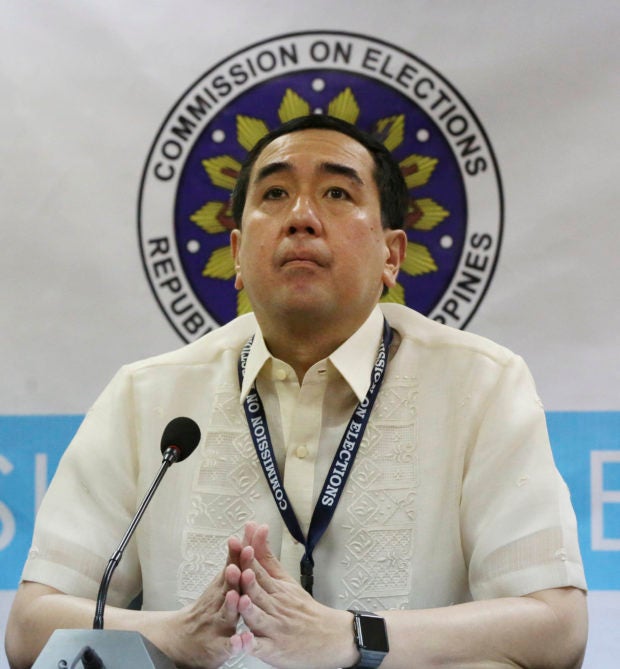 Sen. Francis “Chiz” Escudero on Monday sought the Senate arrest of former Commission on Elections (Comelec) Chair Andres “Andy” Bautista after citing him in contempt for snubbing for the third time a Senate inquiry into his alleged violation of the Anti-Money Laundering Act.

Escudero also said the only way for Bautista, who claims to be in the United States, and his two siblings, Susan Afan and Martin, to “expunge” their nonattendance at the hearing was for them to execute a waiver of their bank-secrecy rights.

The Senate committee on banks, financial institutions and currencies, which Escudero chairs, has been investigating the alleged bank accounts of Bautista in Luzon Development Bank (LDB) since last year.

Bautista’s estranged wife, Patricia, had claimed that he had a total of P329 million in 35 bank accounts in LDB.

Bautista declared a personal wealth of P179 million in his latest statement of assets, liabilities and net worth.

At the hearing, Escudero said Bautista had written the committee to say that he had been abroad since November last year and was unaware a subpoena had been issued against him.

In his Jan. 31 letter to Escudero and Senate President Aquilino Pimentel III, Bautista said he was abroad to “explore professional opportunities” and to seek remedies to “medical challenges” he was facing.

But he said he was willing to answer questions in writing.

Escudero said Bautista enclosed in his letter a copy of a medical certificate issued by a US-based doctor and which stated that the former poll chief was being treated for hypertension.

But Bautista’s explanations did not sit well with Escudero, who said the former did not even give the committee an address to contact him.

The senator said the explanation of Bautista and his siblings was an “affront and a clear attempt to stifle our inquiry and to hide behind their own privacies or the fact that they are abroad.”