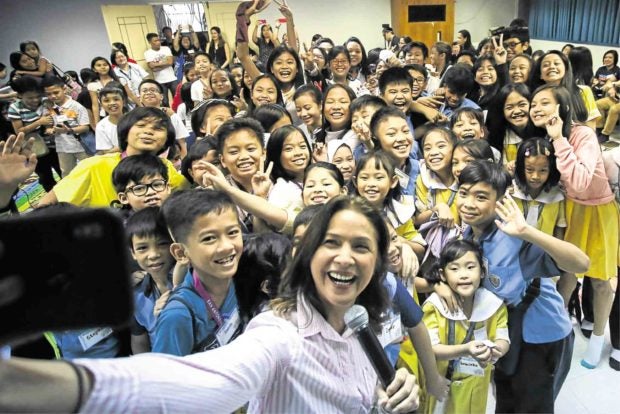 Love on Valentine’s Day can be translated into love for country, and can be shown in the little things that we do everyday.

This was the lesson learned by schoolchildren who joined the Inquirer’s Read-Along session on Saturday, whose theme was #ReadAlong4LoveofCountry.

Love of country is seen in how you live your daily life, actress Agot Isidro told the children.

“You have to practice it in the smallest of ways … From following traffic signs, crossing the streets in designated areas, helping in household chores. All these things will manifest later on into bigger things as you grow older,” she said.

Love for others, meanwhile, became the dominant theme in the tales of selflessness and humility that storytellers Isidro, TV personality Gabby Padilla and veteran storyteller Ann Abacan, principal of Sophia School in Meycauayan City, Bulacan, told some 100 children during the event.

The session also included a simple turnover of Philippine flags led by Ayala Foundation president Ruel Maranan to over 30 schools in Metro Manila and Bulacan province as part of its “Maging Magiting” campaign.

Isidro read Rene Villanueva’s “Ang Alamat ng Papaya,” about the kindhearted Reyna Lingap and her loyal Pya-a followers who protected her from pirates.

“The Pya-a people, who were once oppressed, became the courageous ones who fought for their leader and their country. They were empowered because of the goodness of their leader. It’s very symbiotic,” Isidro said of her favorite part of the story.

As for her, Isidro said she showed love for country by excelling in her craft, hoping that this would have a ripple effect.

“If you do good in your work, then you get recognized.  And the community around you will see you as an example,” the actress added.

“Most of the time, wisdom comes from older people. But once in a while, the younger generation know what they’re talking about. They are the voice of the future,” Padilla said. 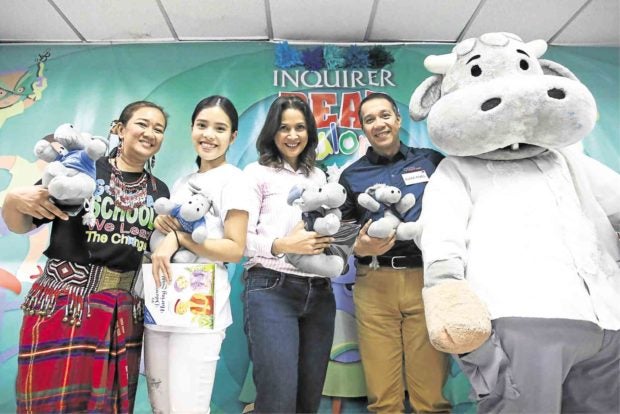 Abacan, who is also an officer of  Meycauayan City Private Schools Association, received the flags for Sophia School and in behalf of 30 public schools in the city.

Maranan said they would distribute thousands of Philippine flags in schools nationwide as it was important for children to be aware of what the national flag symbolized.

“Every time you see our flag, may it inspire you not just to get high grades in school and make your parents proud,  or even strive hard to be the person you want to be, but most importantly, to serve our country,” he added.

The flag donation project promotes love of country by highlighting the hero in every Filipino.

For Niobe, 12,  the story that Isidro read taught her to be kind. “We should not do things just because we want to [have our way]. We should be friends with everyone,” he said.

Grade 4 student Timothy, 9, said the legend of Papaya taught him to be loyal by being respectful and generous. 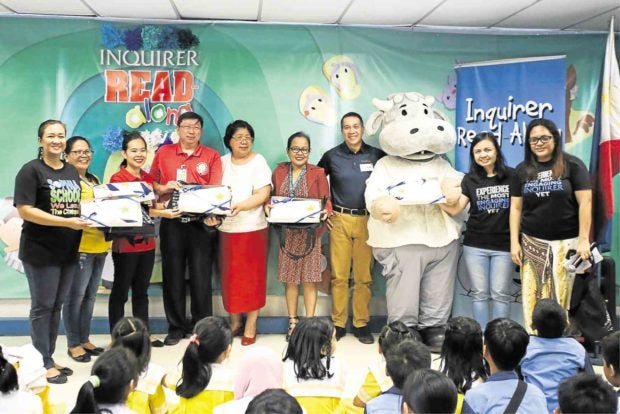 FLAGGED School representatives proudly show the Philippine flag given to their schools by Ayala Foundation as part of its “Maging Magiting” campaign that promotes love of country.

“Reading is very important because it actually helps students learn even outside the classroom … At the same time, they’re able to apply in their daily life situations all the learning experiences they gain from the stories that they have read,” Natanauan said. 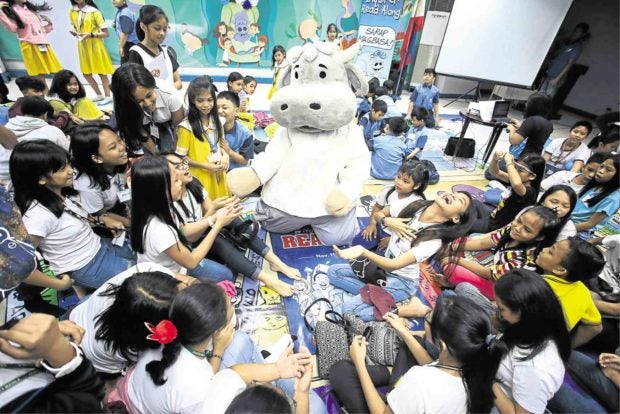