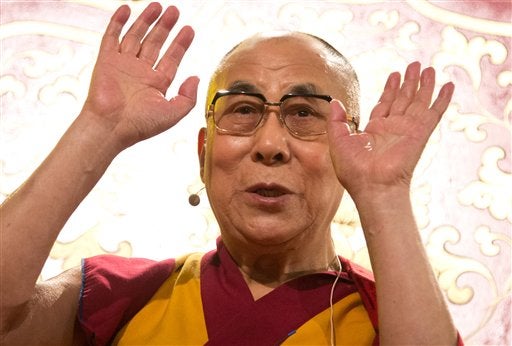 German auto giant Daimler has apologized to China again after sparking an outcry over an Instagram post by its luxury brand Mercedes-Benz, quoting the Dalai Lama, which has been seen by Beijing as a Tibetan separatist.

Daimler chairman Dieter Zetsche and its China chief Hubertus Troika sent a letter of apology to the Chinese ambassador to Germany on Wednesday, a company spokeswoman in Beijing, Simonette Illi, told AFP, confirming a report by the official Xinhua news agency.

Xinhua reported that the letter expressed “sincere apology to China” and that Daimler had “no intention of questioning or challenging in any manner China’s sovereignty and territorial integrity”.

Daimler, according to Xinhua, said it “deeply regrets the hurt and grief that its negligent and insensitive mistake has caused to the Chinese people”.

The second apology in two days highlights the extent to which foreign companies try to appease Beijing authorities when they run afoul of the party line of the world’s second largest economy.

Mercedes’ Instagram post showed a white car on a beach along with the Dalai Lama’s words, “Look at situations from all angles, and you will become more open”.

Even though Instagram is blocked in China, Mercedes deleted the post on Tuesday after drawing criticism from Chinese internet users.

Mercedes then issued an apology on China’s Twitter-like Weibo social media platform, saying it was sorry to have “hurt the feelings of people of this country”.

Beijing has accused the Nobel Peace Prize laureate of being a “wolf in monk’s robes” seeking Tibetan independence through “spiritual terrorism.”

The foreign ministry welcomed the company’s initial apology, saying “recognizing and correcting one’s mistakes is the most basic of ethics”, though the official People’s Daily said Mercedes had made itself “an enemy of the Chinese people”.

Earlier this year, a spate of brands came under government criticism for online material that listed Chinese regions such as Tibet and Hong Kong as separate countries.

Marriott hotels even had its Chinese website and app blocked for a week by mainland authorities, while Spanish clothing giant Zara and Delta Air Lines were also called out.

China has ruled Tibet since the 1950s, and has been accused of trying to eradicate its Buddhist-based culture through political and religious repression.