PLAYTIME A girl finds time to play in a creek at Busay village in Daraga town, Albay, unmindful of ash and lava being spewed out by Mayon volcano. —GEORGE GIO BRONDIAL

LEGAZPI CITY — Do not be deceived by Mayon’s seeming calmness these past few days.

Renato Solidum, director of the Philippine Institute of Volcanology and Seismology (Phivolcs), issued this warning as he clarified reports that Mt. Mayon’s activity was waning.

“They were overinterpreting what we were reporting. Never [did] our bulletins [show] that the volcano’s activity had been on a downtrend,” Solidum told the Inquirer in a telephone interview on Wednesday.

He said that aside from visual observation, another important aspect to consider in gauging the status of the volcano was instrument readings.

According to Solidum, the volcano has been consistently exhibiting continuous lava flow and fountaining, pyroclastic flows, earthquakes, increased sulfur dioxide emission and bulging at the edifice.

He said the volcano had emitted 70 million cubic meters of lava since Jan. 13. The lava had flowed and advanced 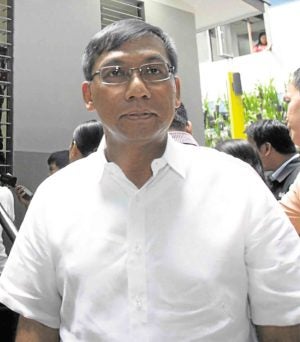 He reiterated Phivolcs’ warning to residents in Albay province to be more vigilant and not to be complacent as they observed that Mayon’s activity seemed to have slowed down in the past several days.

Solidum said visual observation in recent days was hampered by heavy clouds that covered the volcano.

Phivolcs instruments, however, detected a large volume of lava flowing from a vent and recorded earthquakes, signifying that magma was building up.

He said Phivolcs was considering two scenarios with Mayon’s activity.

Solidum said Phivolcs, in the second scenario, was expecting blockade over the volcano or gas pressure and magma buildup that could trigger a big explosion.

“So far, the first scenario is prevailing in Mayon’s eruptive state,” he said.

Solidum said all parameters for an Alert Level 4 (hazardous eruption imminent) status over the volcano remain.

“As long as magma is advancing and flowing at the crater summit and our instruments indicate that the volcano is still on the eruptive stage, Alert Level 4 will remain,” he said.

A Phivolcs bulletin, covering its latest 24-hour observation period, showed that the volcano exhibited sporadic to near continuous lava fountaining, lava flow and degassing that generated a steam-laden ash plume up to 400 meters high.

The public had been advised not to enter the 8-km extended danger zone. —With reports from Rey Anthony Ostria and Ma. April Mier