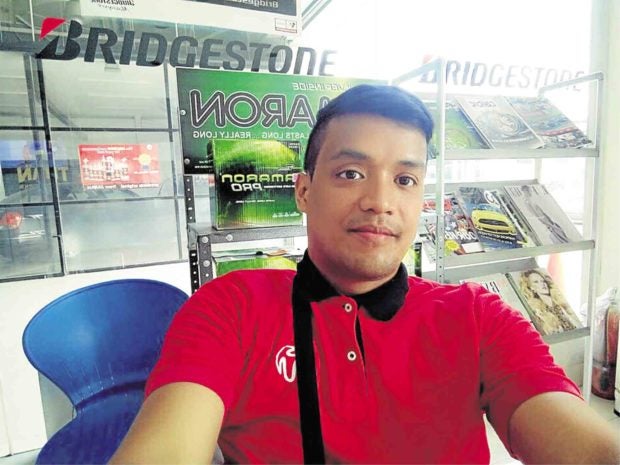 One of the two police officers charged with killing a motorcycle rider whom they arrested on Edsa in 2016 has been found guilty of the less serious crime of homicide.

“[The] dearth in the prosecution’s evidence impels this court to downgrade the nature of the offense committed from murder to homicide,” he said in his 66-page decision dated Jan. 30.

Calpatura noted that the prosecution had failed to indicate in the charge sheet that Dela Riarte was handcuffed when he was shot.

This left him defenseless, a circumstance that may qualify for both evident premeditation and treachery, he said.

On July 29, 2016, Dela Riarte was accosted by Manon-og and PO3 Jeremiah de Villa, both members of the Philippine National Police’s Highway Patrol Group (HPG), on Edsa in Makati City, after he figured in an altercation with another driver.

After being placed under arrest, Dela Riarte rode in the police officers’s patrol car where he allegedly tried to grab one of their firearms.

He was shot in the body five times, resulting in his death. 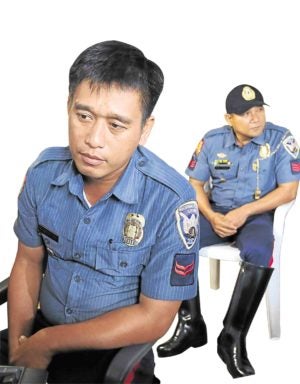 On Aug. 28, 2016, De Villa fell to his death at Camp Crame in Quezon City where he was under restrictive custody.

Calpatura ruled that “[Riarte’s killing was intentional as established by the evidence.”

He noted the findings of the autopsy which stated that three of the five gunshot wounds (left upper chest, right lower chest and right pelvic areas) “indicated the intent of the shooter to kill rather than disable the victim.”

However, while alleged in the charge sheet, none of the prosecution witnesses testified that Manon-og took advantage of his position as a police officer in killing the victim.

The qualifying circumstances of abuse of “superior strength” and “superiority in number” were thus not proven by the prosecution.

“There was no account on how they attacked the victim. Neither was there any evidence to the effect that they cooperated in such a way to secure advantage of their combined strength to perpetrate the crime with impunity,” Calpatura noted.

The judge sentenced Manon-og to a jail term of eight years to 12 years and one day — lower than the usual 12 to 20 years imprisonment — as he had voluntarily surrendered.

He was ordered to pay the family of Dela Riarte P3.2 million to cover his lost earnings as a driver and P189,150 as civil
indemnity.

In addition, Manon-og was also told to pay the victim’s family P100,000 in moral and actual damages, with a six-percent interest per annum until the amount is paid in full.