Hontiveros: VAT cutback ‘investment in the poor’ not ‘loss of revenue’ 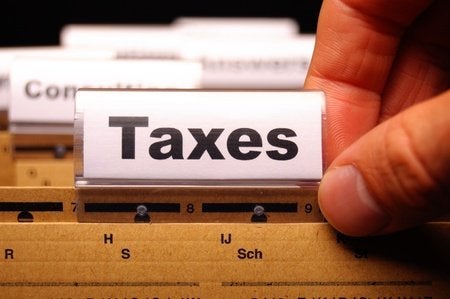 The government should view the proposal to reduce the value added tax (VAT) as an “investment in the poor rather than simply a loss of revenue,” Senator Risa Hontiveros stressed on Monday.

The senator made the statement after the Department of Finance (DoF) expressed openness to her proposal to decrease VAT under the condition that all VAT exemptions would be lifted.

“While I am glad that the DoF is open to the idea of cutting the VAT rate, I am worried that the condition of lifting all VAT exemptions, regardless of its negative impact on the poor, would cancel out whatever benefits a reduced VAT rate would provide our poor people,” Hontiveros said in a statement.

Aside from this, Hontiveros encouraged the government to view the proposal to cut the VAT rate from a “new set of lenses.”

“Instead of simply seeing this as a revenue loss, it must treat this as an investment. Wala namang matatapon dito. Mapupunta pa rin sa mamamayan, lalo na sa mga mahihirap. We are investing in our people, strengthening their purchasing power and contributing to the effort to redistribute wealth,” she explained.

The senator also downplayed the government’s “doomsday scenario” that a lowered VAT would hurt its P8-trillion infrastructure program as the DoF expects tax reforms to generate P130 billion in revenues.

“The finance department itself projects P130 billion in revenue gains from the Tax Reform for Acceleration and Inclusion Law (Train), so the doomsday scenario being predicted by those who insist on a 12% VAT is unlikely,” she stressed.

Last week, Hontiveros filed Senate Bill No. 1671 or the “Bawas VAT Bill” which aims to cut the VAT rate as a “relief for poor families adversely affected by the Train law.”

The measure, she said, seeks to enforce a progressive 10 percent reduction in the VAT rate by January 1, 2019.

By January 1, 2022, the measure would again reduce the rate of VAT to 8 percent, should the previous year’s realized revenues from VAT reported in the budget of expenditures and sources of financing submitted to Congress equal or exceed 4.5 percent as a percentage of Gross Domestic Product (GDP).

This, Hotiveros said, would put the country’s tax system at par with the Association of Southeast Asian Nations (Asean) region.                 /kga