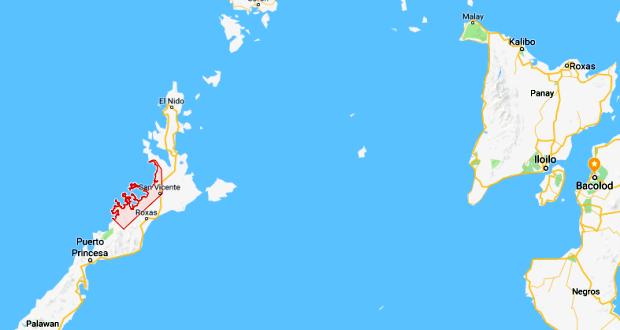 A Piper Aztec cargo plane carrying a cargo of live fish made an emergency shore landing after having engine trouble shortly after leaving the airport in San Vicente, Palawan Sunday morning.

The pilot, Muniandy Harihalan, a Malaysian, and his co-pilot, Max Edward Harvey, a Briton, were safe, suffering only light injuries, according to a Operations and Rescue Center of the Civil Aviation Authority of the Philippines (CAAP).

CAAP spokesperson Eric Apolonio said the plane, with registry number RP-C5818 and operated by  Royal Air Transport Services, was bound for the airport at Sangley Point in Cavite when its left engine failed just 150 feet (46 meters) after getting airborne at around 11:30 a.m.

The plane landed on the shores of Barangay New Agutaya, San Vicente.

The CAAP regional office dispatched rescue personnel and accident investigators to give medical attention to the pilot and passenger and to determine the cause of the accident.

They took the pilots to the rural health clinic in San Vicente.