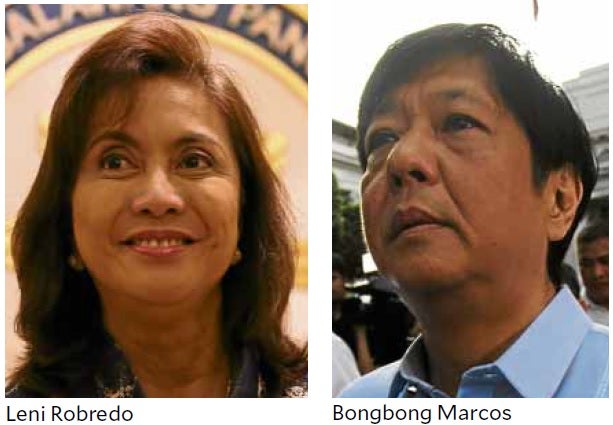 Vice President Maria Leonor “Leni” Robredo’s camp on Sunday downplayed as “another publicity stunt” the challenge of former-Senator Ferdinand “Bongbong” Marcos Jr. for them to withdraw all pending motions before the Presidential Electoral Tribunal (PET) to expedite the election case.

In a statement, Robredo’s co-counsel Atty. Maria Bernadette Sardillo said Marcos’ challenge was “pure PR” and an attempt to “confuse the public” because the Vice President did not have any pending motion before the PET.

“They are the ones who actually have a pending motion. Just like the previous times that they filed frivolous motions one after another to delay the case,” Sardillo said.

“If they really want a recount, they should go to PET, not the public. It’s the PET which will decide the merits of the case,” she added.

Robredo’s counsel also slammed the challenge as another attempt to “revise history” and “confuse the public.”

Last Jan. 29, Marcos challenged Robredo to withdraw all pending motions before the PET.

“I issue the challenge to Leni Robredo, withdraw all your motion. I will withdraw all my motions para wala ng pag-aralan ang korte and we can proceed with the recount,” Marcos said at a press conference.

“To clear the issue conclusively on the ballot images, undervotes and overvotes, we would like to challenge Mrs. Leni Robredo to sign a joint motion withdrawing all our outstanding motions so we could go straight to the recount,” Rodriguez said in a statement.

“We have been instructed by Senator Marcos to draft the joint motion and Senator Marcos is ready to sign it anytime. We are fervently hoping that Mrs. Robredo will do the same,” he added.

The namesake of the late dictator Ferdinand Marcos Sr. has accused Robredo of cheating after he lost to her by over 230,000 votes, an allegation Robredo had repeatedly denied. /cbb