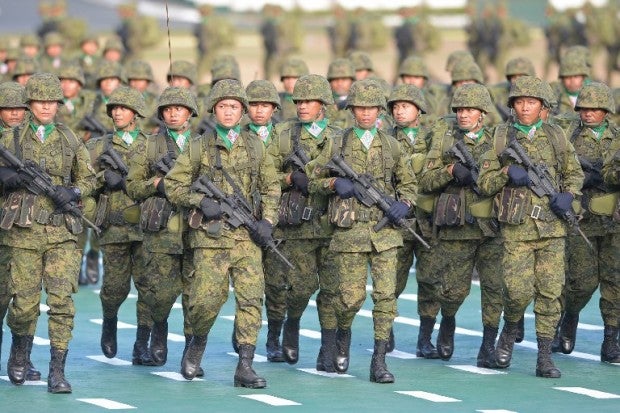 According to the 7th ID, the 56th IB recovered 10 camps of the New People’s Army in Aurora and Nueva. It was reportedly active in assisting the Department of Environment and Natural Resources stop illegal logging in the Sierra Madre mountain ranges. Its previous base of operations was in Bulacan province.

Also on Feb. 4, Santos is welcoming back the 69th IB, which had been assigned in Jolo, Sulu for 18 months following seven years of stints in several Mindanao areas.

The 69th IB “played an important role in a joint security operation, monitoring terror plans and actions that limited and hampered the [Abu Sayyaf Group’s] maneuver space within their [area of responsibility] and cut the group’s support from the local populace,” the 7th ID said. The 69th IB used to operate in Pampanga.