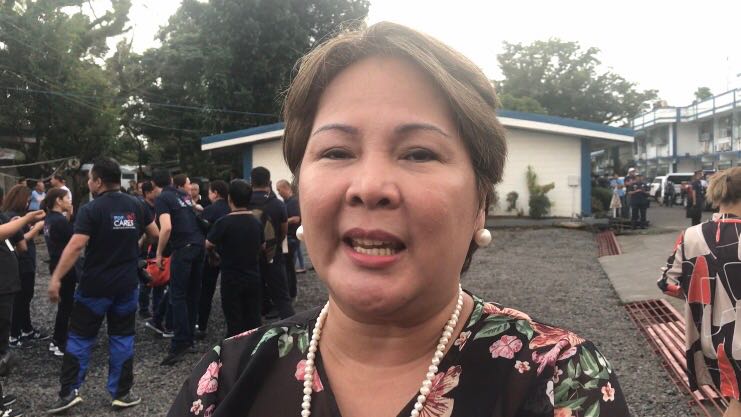 LEGAZPI CITY — Philippine Charity Sweepstakes Office (PCSO) board member Sandra Cam is not running for Senate in the 2019 midterm elections even if President Rodrigo Duterte convinces her.

Cam has been accused of using her post and recent exposé for her political ambition.

Cam ran but lost as a senatorial candidate in the 2016 elections.

(That’s what Balutan is saying, that’s why I’m doing all this because I’ll be running for the 2019 elections.)

Cam was referring to PCSO General Manager Alexander Balutan whom she earlier assailed for the agency’s “extravagant” Christmas party.

Cam had also said in a Senate hearing that she wanted to expose corruption in the PCSO under Balutan and recently resigned Chair Jose Jorge Corpuz.

The “jueteng” whistle-blower said, “The only reason why I ran for the Senate under the banner of our beloved President is because I wanted to help him.”

She insisted that not even the endorsement of Duterte could make her run.

“So alisin niyo po sa isip ninyo na lalaban ako sa politika (So please don’t even think that I’m going into politics),” she said. “Not is not.”

She denied allegations that her exposé against Balutan was aimed at discrediting the credibility of the PCSO general manager.

“I’m not aiming for the position of Mr. Balutan. I just want to be there to protect the charity fund for the poorest of the poor,” she said.

Cam said she would rather be serving in government not as a politician.

“I want to serve from my heart. Kasi kung wala ka sa politika, kahit sino, kaya mong labanan. And if you are in politics, mag-aano ka magsizigzag zigzag ka. So why I have to do that? ‘Di wag na akong lumaban para kung ano ang gusto ko, nakita kong mali, andiyan,” she said.

(Because if even if you aren’t in politics, you can fight whoever. And if you are in politics, then you will go around the problems. So why do I have to do that? So I won’t run, so that whatever I want, whatever I see that is wrong, it’s there.) /je