‘Federalism is anti-poor’ as double taxes will be ‘unavoidable’ – Davide 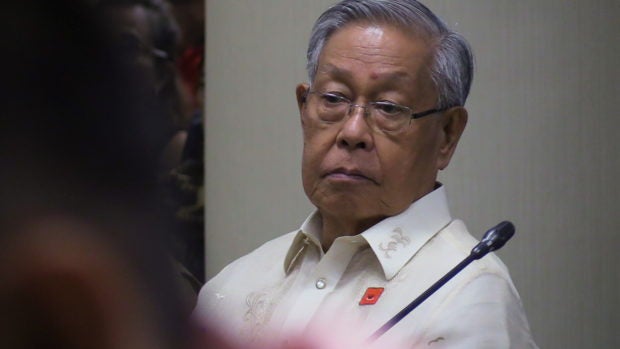 Former Chief Justice Hilario Davide Jr. asserted on Monday that “federalism is anti-poor” as he warned of “at least two kinds of taxes” that would be “totally unavoidable” under a federal form of government.

“People will really be tortured with various problems, as a matter of fact, on the matter of taxation alone,” Davide said in an interview over ABS-CBN News Channel’s Headstart.

Davide explained that one form of taxation under federalism would comprise state tax and federal tax against the people that are inevitable since the citizens would be expected to fund the region as well as the central government.

“Federalism is anti-poor because if you are a citizen of the country, and you belong into a state, the state would be imposed upon you — one form of taxation, that is the state tax; and at the same time, the federal government would also impose a tax against you,” he pointed out.

When asked if it would be possible not to have double taxations, Davide noted: “It is not possible that we don’t have, it has to have.”

“You have to maintain the state of the region and at the same time, you have to contribute to the central government. So, totally unavoidable. There will always be at least two kinds of taxes,” the ex-top magistrate also said.

During the hearing of the Senate constitutional amendments and revision of code committee on the proposed revision of the 1987 Constitution, Davide said that shifting from the prevailing unitary system to federalism would be a “lethal experiment, a fatal leap, a plunge to death, a leap to hell.”