Maranaos call for passage of BBL 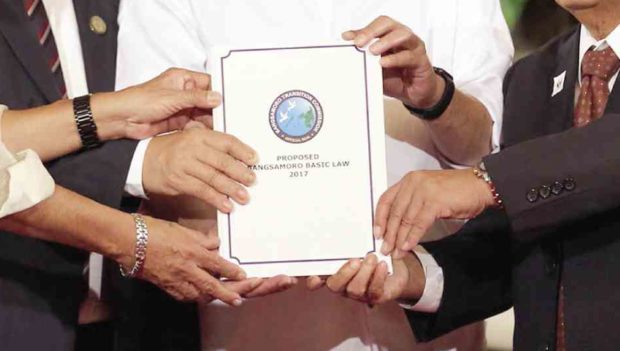 MARAWI CITY – Several hundred Maranaos on Friday trooped to the Mindanao State University (MSU) here in time for a Senate-led hearing on the Bangsamoro Basic Law (BBL) to press for the passage of the proposed law.

Agakhan Sharif, chair of the Bangsamoro National Movement for Peace and Development, said they were urging lawmakers to pass the BBL, which the Bangsamoro people were backing, and not any other versions.

“We want the version crafted by the Bangsamoro Transition Commission,” he said, referring to the Moro Islamic Liberation Front-sponsored proposed law.

He said the passage of the BBL would calm down discontent among the Moro people, which was largely fueled by perceptions the government was not sincere in solving the decades-old Moro problem.

Read Next
Man killed after attending wake in Tagbilaran City
EDITORS' PICK
High inflation: Your P1 is now worth only 87 centavos
UK’s Boris Johnson will resign, BBC reports
Geek out at TOYCON 2022 powered by Smart Signature
House energy committee chair Arroyo bats for cheap electricity
High-risk pregnancy: Reducing your risk is in your hands
Unemployment rate up to 6% in May
MOST READ
Suspect in grisly killing of missing woman in Bulacan arrested
Hong Kong suspends flight bans as it eases COVID-19 rules
Bongbong Marcos’ first order: Abolish PACC, Office of Cabinet Secretary
Kim Atienza’s daughter flaunts bikini body in response to critics of her ‘revealing photos’
Don't miss out on the latest news and information.