Army officer, 2 others killed in clash with NPA rebels in Duterte’s hometown 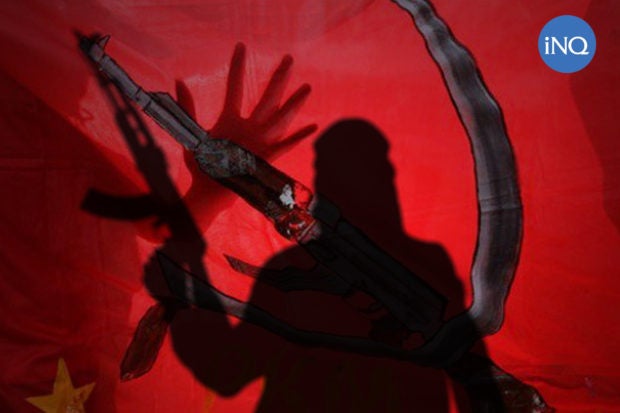 DAVAO CITY – A junior Army officer was killed while two others were wounded during a clash with communist rebels in Paquibato district here on Thursday, the military said Friday.

The clash in President Duterte’s hometown came three days after the Chief Executive ordered the military to “destroy the NPA (New People’s Army).”

Balagtey said soldiers from the Bravo Company of 16th IB were responding to information about the presence of New People’s Army (NPA) rebels in Sitio Quimbao in Barangay Mapula when the clash ensued around 4 p.m.

“During the exchange of fire and maneuver, the terrorists detonated an improvised landmine wounding two soldiers while killing Lt. Relota,” Balagtey said in a statement.

The Joint Task Force Haribon commander, Maj. Gen. Noel Clement, said the death of the officer was painful but the military would continue to pursue peace in the area by running after the rebels “to prevent such incident that will add misery to the communities.”

Read Next
Gascon takes aim at Roque: What world do you live in?
EDITORS' PICK
NBI nabs 5 in hacking of 700 bank accounts
BBC StoryWorks and TECNO make short film about inclusive mobile camera innovations bringing people together
Robredo bares economic priorities under her presidency
DOTr has tip to convince ‘no vax, no ride’ enforcers
Start the year right with sustainable oral hygiene with SPLAT’s eco-friendly natural toothpastes
SMDC’s Style Residences: A real estate investment that will always be on-trend
MOST READ
Marcos a no-show in TV interview of top presidential bets
Vendor in viral video says she used to be a Duterte fan, but not anymore
Trillanes: Proposed military service shows Sara’s misunderstanding of security issues
‘Lolo Narding’ didn’t steal mangoes, he just picked them – Asingan top cop
Don't miss out on the latest news and information.