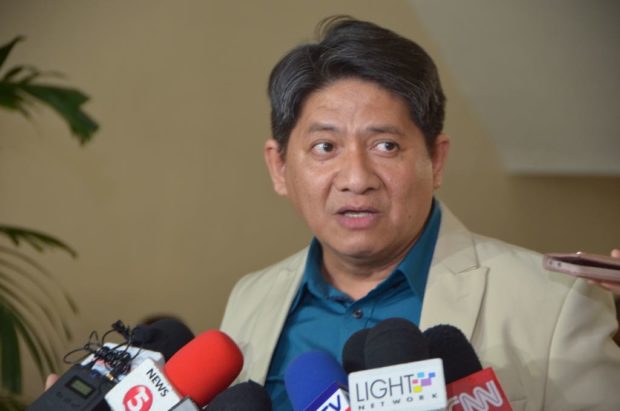 The camp of Chief Justice Maria Lourdes Sereno called as “desperate” the latest action of Atty. Lorenzo Gadon in filing a criminal complaint for graft against the top magistrate.

“Indeed, desperate times call for desperate measures. Gadon knows that he still has nothing on the Chief Justice after all the undeserved attention that his complaint has been given,” Atty. Josa Deinla, one of Sereno’s spokespersons, said in a statement.

“We are confident that he will fall flat doing this latest stunt,” Deinla said.

Atty. Carlo Cruz, another spokesperson of Sereno added that the complaint filed before the Department of Justice (DOJ) is proof that the impeachment complaint against Sereno is weak.

“Offhand, it smacks of clear desperation on the part of the complainant in the impeachment proceedings. It is a clear acknowledgment on his part as to the utter weakness of his evidence in said proceeding,” Cruz said in a text message.

Gadon on Friday filed a graft complaint against Sereno for non-submission of her statement of assets, liabilities and networth for 17 years when she was still a law professor at the University of the Philippines (UP).

But Cruz said the Chief Justice was given a Certificate of Clearance dated Sept. 19, 2011 by the UP’s Human Resources Development Office which affirmed that she “has been cleared of all academic/administrative responsibilities.”

“This would of course, include the SALN requirements,” Cruz added.