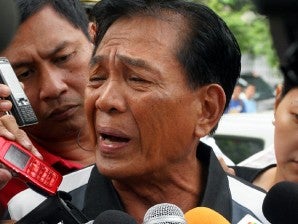 In a very urgent motion for the issuance of a temporary restraining order, Abalos accused the Comelec of railroading the resolution of the poll fraud case filed against him, Arroyo and 38 others.